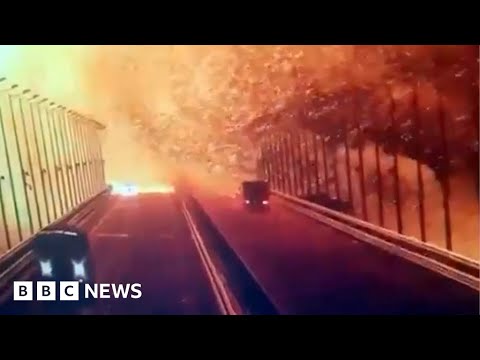 President Putin has accused Ukraine of an act of terrorism after a key strategic bridge to Crimea was badly damaged by an explosion.

The Kerch bridge links Russia to the Crimean peninsula, which was seized by President Putin in 2014. Crimea is a key base for Russia’s war effort in Ukraine.

Meanwhile Ukrainian forces are consolidating their gains after recent military advances in the east of Ukraine.

Reeta Chakrabarti presents BBC News at Ten reporting by Paul Adams in Kyiv, Jonathan Beale on the frontline in east Ukraine and Steve Rosenberg in Moscow.