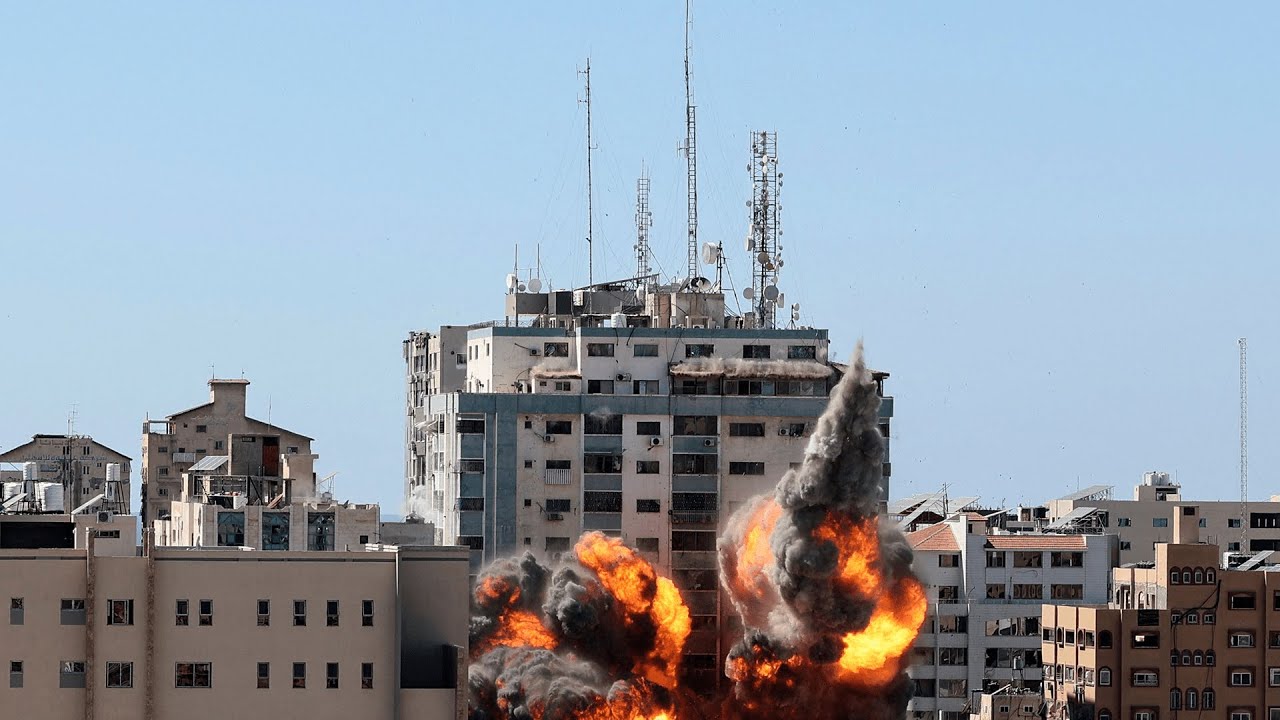 Israeli air strikes destroyed a Gaza high-rise housing international media offices on Saturday, in an attack The Associated Press described as the latest step by the military to silence reporting from the territory.

The strike on Jala Tower came as the militant group Hamas intensified rocket fire from the besieged enclave towards Tel Aviv after a night in which Israeli air strikes killed at least 10 members of one family in a Gaza refugee camp, the deadliest strike since hostilities erupted earlier this week.

Get the latest headlines:

Telegraph.co.uk and YouTube.com/TelegraphTV are websites of The Telegraph, the UK’s best-selling quality daily newspaper providing news and analysis on UK and world events, business, sport, lifestyle and culture.