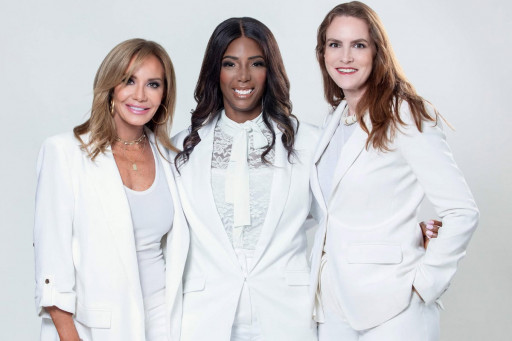 The three women entrepreneurs have dedicated their careers to leveraging their resources, expertise and industry relationships to create economic opportunities for under-represented founders. The U.S.-based partners are formidable female business magnates who have incomparable business networks that span across major global cities such as Washington D.C, New York, Dubai, Abu Dhabi and Singapore.

The news arrives at a time when Gulf nations are successfully circumnavigating the looming threat of a global recession. Referred to as the "resurgent entrepot" in the September issue of The Economist, the Dubai stock market has seen 9% growth this year, while the economy in Saudi Arabia is projecting one of the world's fastest growth rates at 7.6%.

Maven Global Access also supports governments at all levels to design their strategy for investment promotion and provide capacity-building initiatives to their teams. The organization's services include investment facilitation, government relations and business development, while placing an emphasis on destination and trade marketing.

In the pipeline, Maven Global Access will facilitate an upcoming trade delegation in tandem with the Formula 1 Abu Dhabi Grand Prix which will see celebrity entrepreneurs and business leaders such as Kevin O'Leary and legendary Manchester United Football Player Patrice Evra converge in the UAE capital to attend the event and further develop economic ties.

The three women are no strangers to the unique struggles of being tenacious and effective but under-represented entrepreneurs. Omolewu said, "As a black woman trying to build a business, it's been an uphill battle at times trying to earn the respect of the decision-makers and gatekeepers along my journey," she explained. "Patrice and Kate are experienced investors across all sectors, including sports and tech - industries still tackling underrepresentation, so they get it. It is humbling to have earned their respect and have them join Maven Global Access as equity partners."