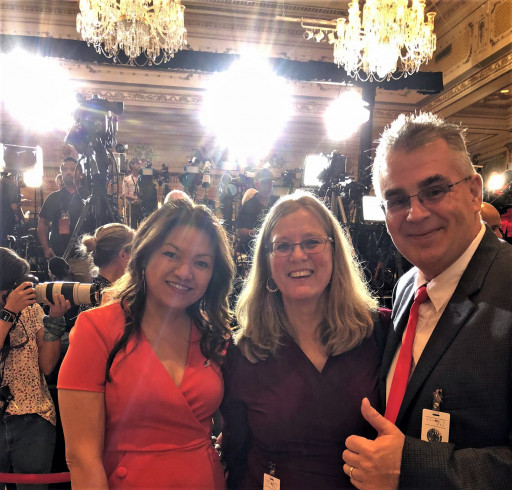 Veterans For America First (VFAF.org), aka Veterans for Trump, has issued an endorsement for Donald J Trump as 47th President of the United States. https://veteransforamericafirst.org/endorsement-of-donald-j-trump-for-47th-president-of-the-united-states/

Team Trump invited Admiral Charles Kubic VFAF national spokesman, Donna and Stan Fitzgerald VFAF chief political advisor, and Angie Wong VFAF national media rep from the organization to Mar-A-Lago on Nov. 16 for the presidential campaign announcement. The organization will be part of the Trump collation's team for the campaign.

The Veterans group formed as Veterans For Trump during 2015, supporting Donald J. Trump, and is now the largest partisan vets and first responders group operating as VFAF, reaching millions on their combined social media.

"President Trump has been most supportive of our Veterans, Military and First Responder community. At VFAF, under the leadership of Admiral Kubic, who has been with the America First movement since 2015, our community will help see President Trump win again," said Stan Fitzgerald.