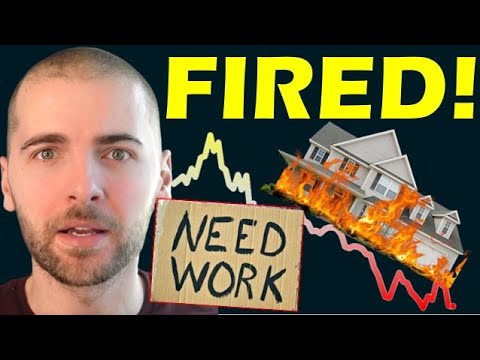 Layoffs have started. And they’re going to get worse. Recession and Housing Crash by Summer 2022?

Netflix and Robinhood recently announced large layoffs. Both are large tech companies whose stock prices have collapsed in recent months. This is part of a crash in the stock market with the S&P 500 down 14% and NASDAQ 22% Year to Date.

As the performance of these companies continue to erode, more layoffs will be announced. That’s because a shocking number of companies in America LOSE MONEY. 44% of the NASDAQ has negative earnings. 67% of Public Companies in San Francisco. 57% of Companies in Boston.

As interest rates and inflation continue to rise, these companies will struggle to fund operations and be forced to layoffs employees. And potentially shutdown altogether. This could trigger a massive Recession and Housing Crash, particularly in tech-driven cities and Housing Markets such as San Francisco, Seattle, Boston, Austin, and Denver.

The Netflix and Robinhood layoffs were just the start. Historically, it takes about 6-months from a big correction in the stock market before heavy layoffs in the economy begin to occur. That’s what happened in the Dotcom Bust of 2001 and the Financial Crash in 2008.

That suggests the layoff spike in April 2022 could be a prelude to much larger layoffs, and unemployment claims, in the Summer of 2022.

DISCLAIMER: This video content is intended only for informational, educational, and entertainment purposes. Neither Reventure Consulting or Nicholas Gerli are registered financial advisors. Your use of Reventure Consulting’s YouTube channel and your reliance on any information on the channel is solely at your own risk. Moreover, the use of the Internet (including, but not limited to, YouTube, E-Mail, and Instagram) for communications with Reventure Consulting does not establish a formal business relationship.