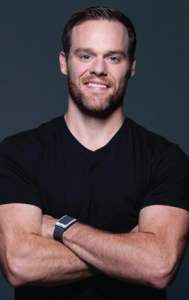 Peterson experienced the trauma of war. The prospect of coming home left him feeling extraordinarily vulnerable, according to a biographical sketch provided to the Truth & Liberty Coalition.

In 2016, Peterson founded the nonprofit organization Engage Your Destiny, which has a mission to build spiritual resilience in the men and women of the United States Armed Forces by focusing on engaging active military, veterans, and their families through digital and in person experiences. Engage Your Destiny’s mission is to bring honor, help and healing to those who have served.

Peterson is also the visionary behind Heroes Festival happening May 27-28 at the Daytona International Speedway. The event is a calling for Peterson to give Vietnam veterans the long overdue celebration they deserve and need.

In addition to a world-class music concert featuring Toby Keith, Justin Moore, and Craig Morgan at 7:30 p.m. on May 28, Heroes Honor Festival attendees can expect a range of activities including military flyovers, a patriot parachute team, veteran reunions, a resource expo, a Sunday Ride for Freedom, keynotes from Vietnam era heroes, lifetime legacy awards and a sacred remembrance vigil for those killed in action.

Guests of Honor will include:

• Chris Noel, retired American actress and entertainer who worked at Armed Forces Radio and Television Service (AFRTS) as the “Voice of Vietnam;”

• Lt. Gen. William G. Boykin, one of the original members of the U.S. Army’s Delta Force;

• and Mark “Oz” Geist, bestselling co-author of “13 Hours” and security and military consultant credited with saving 25 people in the attack on Benghazi.

All veterans, active military, and their spouses can register for free tickets. Children 12 and under are also free. To purchase tickets or for more information, visit HeroesHonorFestival.com; follow the event on Facebook or Instagram.

Please mark your calendar. However, schedule of livecast guests subject to change depending on availability.

About Truth and Liberty Coalition: Truth & Liberty Coalition, Inc. is a 501(c)(4) non-profit based in Woodland Park, Colorado. Established by Andrew Wommack and other Christian leaders, the goal is to educate, unify and mobilize Christians and conservatives to become involved in the affairs of their community and government. [https://truthandliberty.net]