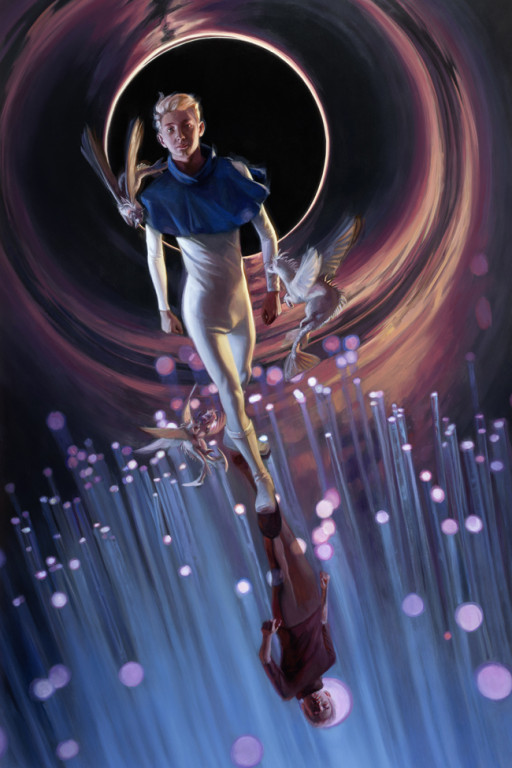 Horne, who like his protagonist has autism, made the decision to write the book after noticing parallels between superheroes and autistic people that have always been there:

"If you look at a typical superhero, they spend a lot of time alone and have a hard time forming meaningful relationships. Instead, they pour most of their energy into their 'strange hobby.' When they are around people, they are forced to assume a fake persona (in autistic circles, this is called 'masking') where they have to pretend to be normal people. This constant act takes a toll on their well-being. And people with autism know exactly what that's like, but no one was pointing this out. I decided to do something about it."

The novel has earned praise from many industry professionals, such as the late David Farland, bestselling author of The Runelords and writing teacher to Brandon Sanderson and Stephenie Meyer, who called Advent 9, "Absolutely brilliant!" A recent Kirkus review stated that "Many readers will find a sequence at the end of the novel to be particularly affecting," and "The humor is spot-on and beautifully complements the overall tone."

"This book is for everyone," said Horne. "The last thing I wanted was to write a soapbox diatribe disguised as a novel. Instead, I created a protagonist who was a little different, then put him in the trenches fighting mutants, mad scientists, and the apocalypse."

The novel is now available as an ebook on Amazon, Barnes & Noble, Kobo, AppleBooks, and Google Play Books. It is additionally available as an audiobook on Audible, Spotify, and all other major audiobook platforms, read by Michael Kramer.