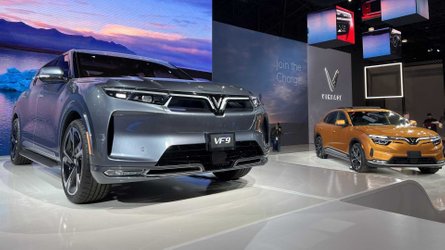 VinFast is growing at an extraordinary rate. The automaker was only founded in 2017, yet has been selling cars in its native Vietnam for over 2 years and is now plotting a US expansion. The firm is also looking to launch its vehicles in Europe and other parts of Asia later this year. On top of that, VinFast is planning on building two new production facilities – one in North Carolina and another at a currently unknown location in Germany.

How has VinFast been able to expand so quickly? Well, while most startups spend their first few years desperately scrambling for funding, VinFast has had an abundance of backing since day one.

The company is part of Vingroup, Vietnam’s largest conglomerate. The multi-billion-dollar organization is involved in several industries: property (VinHomes), smartphones (VinSmart), education (VinSchool), holiday resorts (VinPearl), pharmacy (VinFA), and that’s just the tip of the iceberg. So, when Vingroup decided to enter the automotive industry through VinFast it could comfortably pump hundreds of millions into the project without batting an eyelid.

VinFast’s first six US showrooms will open next week. Thirty will be open by the end of the year, all in shopping centers within the state of California. The first six showroom locations are as follows: San Diego, Berkeley, Santa Monica, Commerce, San Mateo, and Corte Madera.

VinFast will initially sell two EVs in America – the VF8 crossover and VF9 SUV. Prices start at $40,700 and $55,500 respectively. When you equip the largest available batteries on both, the VF8 has a claimed 292-mile range meanwhile the larger VF9 can manage up to 369 miles per charge according to VinFast.

The VF8 is powered by an 82 kWh battery as standard, however an 87 kWh pack is optional. As for the VF9, it comes equipped with a 92 kWh pack in entry-level guise meanwhile a 123 kWh battery can be specced. Buyers can opt into a battery subscription model for $35-44 a month. The subscription allows for your vehicle’s battery to be replaced for free should it suffer severe damage/degradation. For more detailed info on VinFast’s vehicles and subscription model, click here.

VinFast is also one of the few manufacturers heavily invested in solid-state battery tech. The firm recently partnered with ProLogium with the aim of bringing solid-state tech to its production cars by 2024.

What are your thoughts on VinFast? Would you choose one of its EVs over one from the established competition? Let us know in the comments below.

This news story originally appeared at Aviation News - on9 July 2022