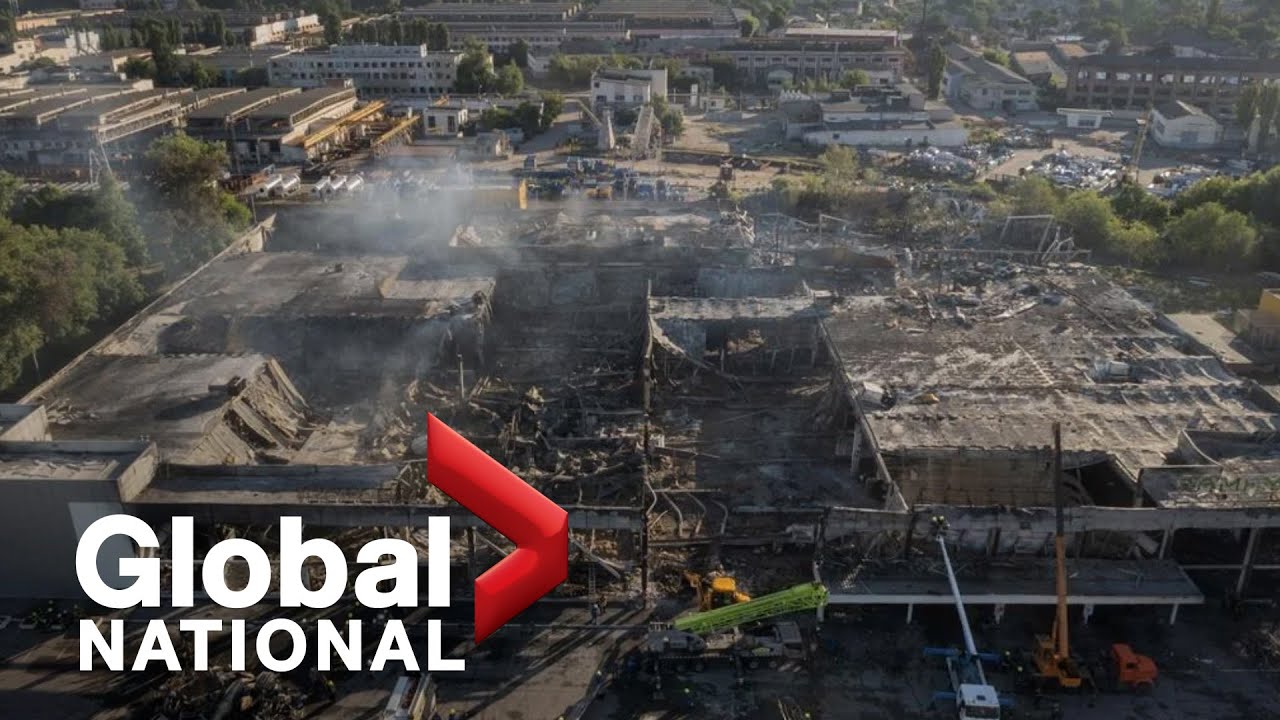 On this episode of Global National: In Ukraine, Russia is escalating its assault on the city of Lysychansk in an attempt to seize the last stronghold of resistance in the eastern Luhansk province. It has become the new focus of fighting after its twin city Sievierodonetsk was reduced to rubble last week. Russia continues to deny that it’s targeting civilians while Ukrainian President Volodymyr Zelenskyy called the Kremlin’s war strategy “deliberately targeted Russian terror.” David Akin explains.

In Germany, there is concern that Russia may cut off its natural gas supplies after Russia significantly reduced its gas flows to European customers in June. Germans are being urged to save energy and prepare for a difficult winter ahead by Germany’s regulatory agency for energy. It says residents should have their gas boilers and radiators checked and adjusted for maximum efficiency.

Plus, New York lawmakers have approved a sweeping overhaul of the state’s handgun licensing rules in response to last month’s Supreme Court ruling that struck down previous restrictions. Jennifer Johnson looks at what the new rules mean for New Yorkers and how the state’s governor is vowing to fight back against other controversial decisions made by America’s highest court.

For those travelling, frustrating lines and delays have been irritating Canadians for weeks. Now, the travel chaos is also happening at airports in the United States — especially for the holiday long weekend ahead of July 4.

And in Ottawa, crews were cleaning up following the first in-person Canada Day celebrations in two years, following COVID-19 restrictions. The event was once feared to be another protest-filled day in the nation’s capital, but things turned out to be relatively calm with the help of a major and expensive police presence on the ground.

Finally, the Canadian federal government is changing how companies add nutritional warnings to food products, which would take effect in 2026. Changes will include warning symbols on the front of pre-packaged foods, rather than on the back for foods with high levels of saturated fats, sugar or sodium. As Ross Lord reports, one notable food product is being given an exemption.

For more info, please go to