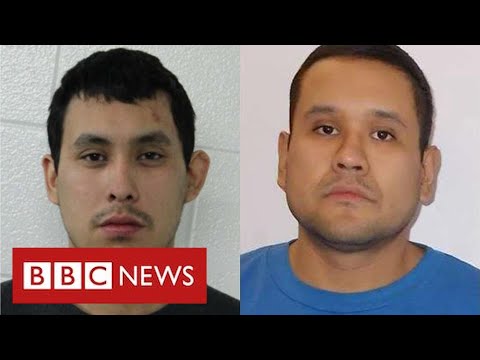 Canadian police are hunting two men suspected of stabbing at least 10 people to death in a rampage that has shocked the nation.

Two suspects named as Damien Sanderson and Myles Sanderson are on the run and considered armed and dangerous.

Victims were found in 13 locations in the remote indigenous community in Saskatchewan.

It is one of the deadliest acts of mass violence Canada has seen. PM Justin Trudeau said it was “heartbreaking”.

At least 15 other people were injured in the killing spree, with police urging residents to be extremely vigilant as they conduct a search across one of Canada’s largest and most remote regions.