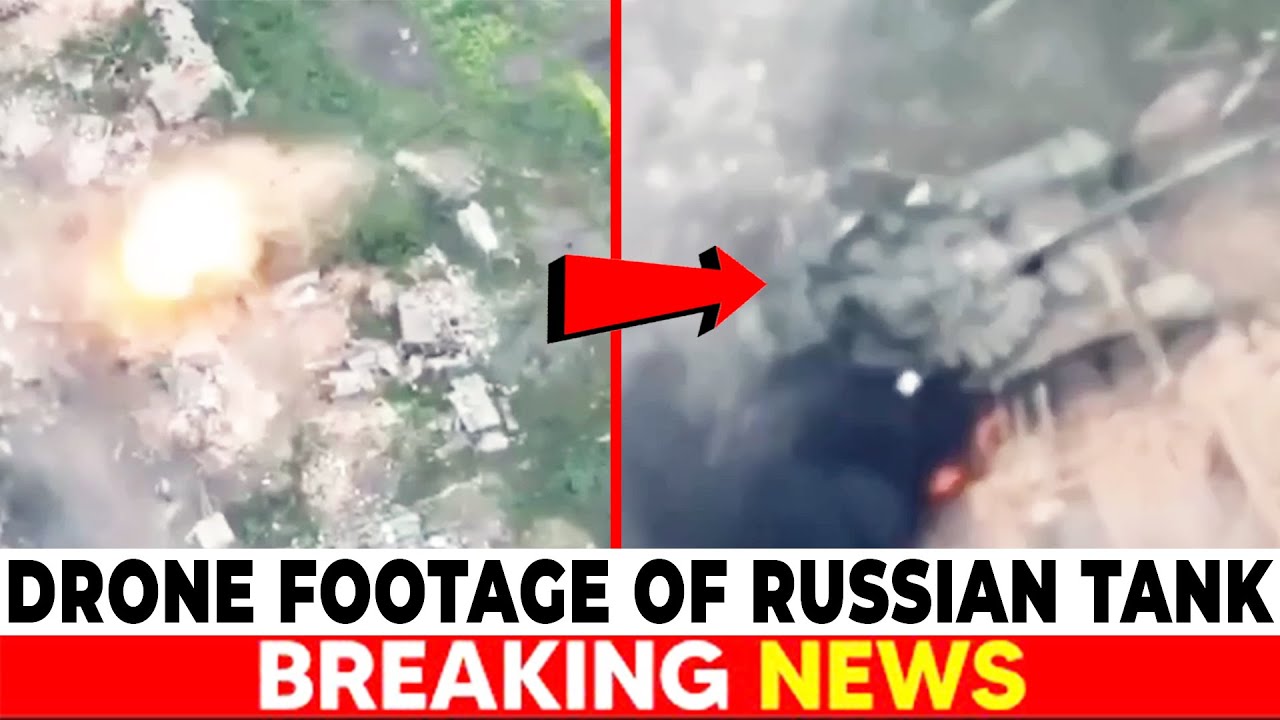 Welcome to wnt news channel. The war between Ukraine and Russia continues in difficult conditions,

In this image, which we think was recorded with a drone camera, the explosion images of the T-72B3 tank belonging to the Russian army were published very clearly. A tank belonging to Russian soldiers is seen in the footage, it is unknown whether there are soldiers in it, but it is destroyed very effectively. Fragments of Sharanpol strewn around, a violent explosion took place.

The T-72B3 Russian tank, which was detonated by Ukrainian soldiers with direct hit, seems to have caught fire afterward.

Zelensky in his latest statement; He promised that Ukrainian forces would return to the city ‘with an increase in the supply of modern weapons’. Zelenski added that Russia is concentrating its firepower on the Donbas front, but that Ukraine will respond with long-range weapons such as the US-supplied HIMARS rocket launchers. In Ukraine, Donetsk and Luhansk regions make up the area called Donbas. Before the war, Russian leader Vladimir Putin recognized the independence of the Luhansk and Donetsk regions, he said.

By subscribing to our channel, you can be informed about all the developments and images about the Ukraine and Russia War.