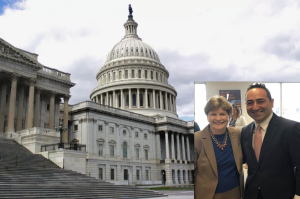 Senator Shaheen said that as a Senate Foreign Relations Committee member, she would look deeper into Turkey’s F-16 request.

“We should sell them the F-16 jets and modernize those jets as well. It’s not in our interest not to do that, and there’s no quid pro quo with that, and it’s just that we should sell. But I need congressional approval to be able to do that, and I think we can get that,” President Biden said at a news conference after the NATO leaders’ summit in Madrid.

President Biden’s comments gave the strongest signal of the administration’s support for the proposed sale of new F-16s to Turkey.

“Turkey remains a valuable ally and a critical regional security partner for the United States and NATO. I remain committed to maintaining the already robust bilateral security relationship between our two countries. The F16 upgrade package submitted by the Biden administration – like any foreign arms sale – will ultimately have to go through a comprehensive review by the Senate Foreign Relations Committee to ensure that the deal will benefit our joint security interests. As a member of that committee, I will work with the committee and ask questions of the administration to thoroughly review their request.” – U.S. Senator Jeanne Shaheen

Members of the House of Representatives Carolyn Maloney, Gus Bilirakis, and Chris Pappas announced their disappointment with the apparent plan to modernize Turkey’s F-16s.

While Turkish Parliament Members are preparing to visit Washington D.C. for meetings with their U.S. Counterparts regarding the F-16 request, the U.S. Congress will be closed from August 8 to September 5. In addition, Congressional midterm elections will be held on November 8 for the 435 seats in the House of Representatives and 35 seats in the Senate.

Senator Jeanne Shaheen : The first woman in U.S. history to be elected both a Governor and a United States Senator, New Hampshire’s Jeanne Shaheen is a trailblazer with a reputation for working across the aisle to get things done. She has served in the Senate since 2009 and is a member of the Senate Committees on Armed Services, Foreign Relations, Appropriations, Small Business and Entrepreneurship and the Select Committee on Ethics.

Ali Cinar is a journalist based in Washington, DC. He represents Ciner Media US Group(Haberturk TV and Bloomberg HT). Ali Cinar was awarded the Ellis Island Medal of Honor and was the youngest Turkish American to receive this award in over 30 years. He is a Ph.D. candidate in Communication at Liberty University,