Tomb of the Unknown on YouTube.com 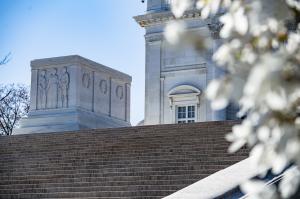 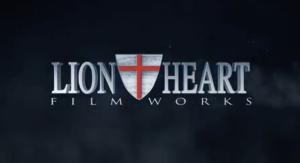 An ideal presentation to share this week to commemorate Memorial Day and the Heroes of the Tomb of the Unknown Soldier at Arlington National Cemetery.”

RICHMOND, VIRGINIA, UNITED STATES OF AMERICA, May 27, 2022 /EINPresswire.com/ — “The Story of the Tomb of the Unknown Soldier – 100 Years of Honor”, released by LionHeart FilmWorks is a beautiful video which tells the story of this immortal and well-known American memorial to freedom and sacrifice. A monument dedicated to U.S. service members who have died without their remains being identified. These U.S. unknowns who were interred in the Tomb are also recipients of the Medal of Honor, presented by the U.S. Presidents who presided over their funerals.

The Tomb of the Unknown Soldier has served as the heart of Arlington National Cemetery. A sacred memorial site and the grave of three unknown American service members, the Tomb stands as a people’s memorial that inspires reflection on service, valor, sacrifice and mourning. Since November 11, 1921, the Tomb has provided a final resting place for one of America’s unidentified World War I service members, and Unknowns from World War Two, Korea and Vietnam.

The short documentary film “The Story of the Tomb of the Unknown Soldier – 100 Years of Honor” was created by LionHeart FilmWorks and Historian, Army Veteran and Filmmaker Kevin R. Hershberger to Premiere this Memorial Day as a tribute to these American Heroes.

Emmy-nominated director, screenwriter and producer, Kevin R. Hershberger’s productions have been awarded more than 70 national and international film festival and industry awards. Hershberger is himself an army veteran, having served as a Military Intelligence Officer in the United States Army. He is the founder and President of LionHeart FilmWorks and its subsidiaries: Historical Wardrobe and Reenactment Stock footage.com.

“The Story of the Tomb of the Unknown Soldier – 100 Years of Honor” – is available now for viewing on YouTube.