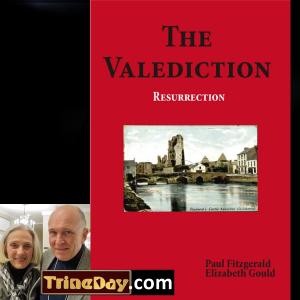 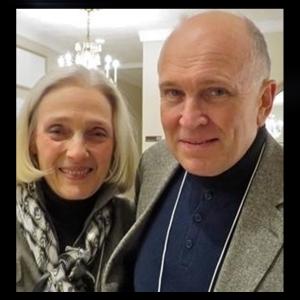 It’s The Real History of the Fitzgerald Family’s Connection to The Grail, They Say

WALTERVILLE, OR, US, August 29, 2022 /EINPresswire.com/ — Co-authors Paul Fitzgerald and Elizabeth Gould contend that their new memoir, THE VALEDICTION: Resurrection, available at TrineDay and the usual sellers, is better than THE DA VINCI CODE.

Mr. Fitzgerald says, “THE DA VINCI CODE requires readers to suspend disbelief. None of the historical claims about Jesus, Mary Magdalene or their connection to the grail are verifiable. Historical documents, on the other hand, show the origin of my family started with the 1097 marriage of Gerald of Windsor to Princess Nesta, a true grail princess from the lineage of King Arthur.”

“That was followed by the 12th century Norman invasion of Ireland,” Ms. Gould says, “that brought the Fitzgeralds to the land they fell in love with, which culminated 400 years later with the genocide of the Fitzgeralds by the Elizabethans, who saw them as a race of their own and a dangerous threat to the British imperial agenda. The story comes full circle when Paul fulfills his deepest purpose in the current era in a very personal and mystical way.”

“We wove these components together, “Mr. Fitzgerald continued, “to create a multi-dimensional story of how the Fitzgerald legacy came into existence over many centuries. It also reveals the deeper political and spiritual motivation behind the JFK assassination – which one must see to believe – and in the end, its resolution.”

“The hope for humanity embodied in the Fitzgerald legacy,” Ms. Gould said, “still resonates with Americans through the martyrdom of JFK. We believe that THE VALEDICTION: Resurrection can transform that longing into a new narrative for the future, one we can all believe in.”

Paul Fitzgerald and Elizabeth Gould were the first American journalists to gain access to Afghanistan in 1981 (following the expulsion of western media after the Soviet invasion of 1979). After their news story for CBS, they produced a PBS documentary, and returned to Kabul for ABC Nightline in 1983. They are the co-authors of THE VOICE; INVISIBLE HISTORY: Afghanistan’s Untold Story; CROSSING ZERO: The AfPak War at the Turning Point of American Empire; THE VALEDICTION: Three Nights of Desmond, and THE VALEDICTION: Resurrection.

Article originally published on www.einpresswire.com as RESURRECTION IS BETTER THAN THE DA VINCI CODE, CO-AUTHORS SAY