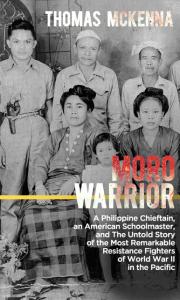 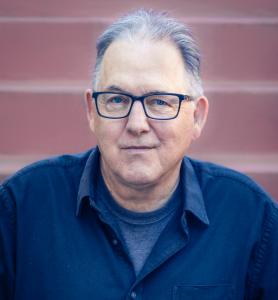 …reads with the drama of fiction, making it an enticing history…Moro Warrior is highly recommended”

MORO WARRIOR tells the remarkable true story of the Philippine Muslim (Moro) resistance fighters of World War II—the most successful and least-known guerrillas of the Pacific Theater. It is the story of Mohammad Adil, a sword-wielding warrior chieftain commissioned as a junior officer in Douglas MacArthur’s guerrilla army while still a teenager. Confident in his secret protective powers learned from a Sufi master, Adil roamed the highland rainforests with a price on his head, attacking Japanese outposts, surviving ambushes, and gaining a reputation as a man who could not be killed.

It is also the story of the colonial official Edward Kuder, foster father to Mohammad Adil and a rare American friend to the Moros, who sheltered him during the Japanese occupation. Kuder was the sole chronicler of the early Moro resistance—an armed opposition so vigorous that the soldiers of the Imperial Japanese Army found themselves outfought time and again by Moro irregulars.

When the soldiers of the Empire of Japan invaded their homeland, the Moros, sometimes with swords as their only weapons, bravely fought on alone after the rapid American surrender of the Philippines. At the urging of Edward Kuder, they later joined the American-led guerrilla movement that emerged in 1943 and served with distinction, but their exceptional contribution to the defeat of the Japanese occupiers and the liberation of the Philippines has never been properly acknowledged. Here, based on the vivid recollections of Mohammad Adil and the wartime writings of Edward Kuder, the extraordinary achievements and sacrifices of the Moro freedom fighters of Mindanao finally receive their full due.

“MORO WARRIOR is the most extensive and authoritative rendering I have seen in describing the misunderstood and strategically crucial role of the Moro fighters of Mindanao during World War II. Thomas McKenna employs decades of research and unmatched familiarity with the people of Mindanao, offering a riveting history of the underreported and underappreciated role of the Moros in fighting the Japanese occupation of the Philippines during World War II. So doing, he tells the compelling story of Mohammad Adil, a tireless fighter and noble recruit to the battle for justice and freedom in the Philippines. As we follow Adil from young man to veteran fighter, MORO WARRIOR becomes an intense saga of survival, McKenna’s work is all the more remarkable because he has assembled a history never before fully told.”

–Peter Eisner, author of MacArthur’s Spies: The Soldier, the Singer, and the Spymaster Who Defied the Japanese in World War II

“With MORO WARRIOR, Thomas McKenna has uncovered a jewel of a story of a friendship that bridges continents and cultures set against the backdrop and tragedy of war. The product of years of research, Moro Warrior is equal parts thriller, war story, and human interest narrative that will leave readers all the richer for taking this powerful journey.”

Thomas McKenna is an anthropologist who has lived and worked for years in Moro communities in the Philippines and has spent decades writing and conducting research on their culture and history. As an academic, he has won writing and teaching awards and has been invited to present his work on the Moros at Oxford University, the U.S. State Department, the Council on Foreign Relations, and the Johns Hopkins School of Advanced International Studies. He is the author of Muslim Rulers and Rebels and a number of other published works. He lives with his wife in San Francisco.

Armin Lear was founded with the purpose of publishing books connecting people with ideas that make our lives richer, more fulfilling, and happier. Its founders have 28 years of publishing experience. The company headquarters is near Boulder, CO with a production office in Arlington, VA and a design team near Boston, MA. Armin Lear is a member of the Independent Book Publishers Association and distributes its books worldwide in English through Ingram.

SUBTITLE A Philippine Chieftain, an American Schoolmaster, and The Untold Story of the Most Remarkable Resistance Fighters of World War II in the

The post MORO WARRIOR to be Released on 80th Anniversary of Surrender of Philippines appeared first on USA DAILY NEWS 24.
Military