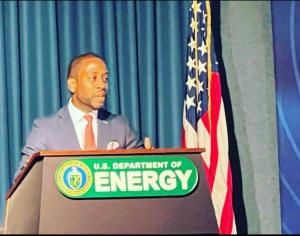 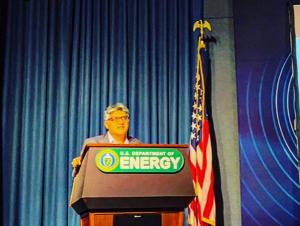 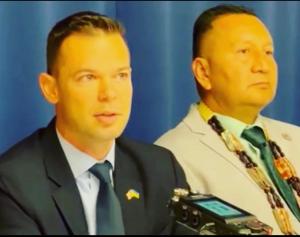 Ahead of COP27, the United States can now send a meaningful signal to the world on its intentions to demonstrate the policies to which other countries can align and upon which they can build.”

WASHINGTON, DISTRICT OF COLUMBIA, UNITED STATES, August 29, 2022 /EINPresswire.com/ — Two marquis events in Washington D.C. have cemented the biggest week for climate action ever, calling attention to the urgent need for policy to meet capital and innovation. Over 450 local and state elected officials gathered in Washington DC last week to meet with Biden Administration officials from the Council on Environmental Quality and the Office of Intergovernmental Affairs, as well as Department of Energy Loan Program Office Head Jigar Shah. The Climate Emergency Summit connected elected officials, innovators, and investors to support deployment and implementation of climate solutions nation-wide. The gathering, convened by Elected Officials to Protect America (EOPA), brought together private and public sector leaders in meaningful dialogue to support investment and build out of climate infrastructure and in communities across the country.

“Highlighting the potential public-private partnerships that are now possible with the Inflation Reduction Act 2022 was a critical component to our EOPA Summit at the DOE. The Bill and the partnerships it will build with local governments, NGOs and business will help millions of people as clean energy becomes more accessible.”

Immediately preceding the signing of the Inflation Reduction Act into law by President Biden, the week of positive climate action sets the stage for an important international gathering in November, the UN COP27 in Sharm el- Sheikh, Egypt.

“The Inflation Reduction Act 2022, is one of the most significant pieces of US legislation in the last decade which has the possibility to shift and inform energy diplomacy and climate change leadership — the bill represents a significant American foreign-policy achievement that sets the stage.”

“Making progress in this country is as big and complicated as ours clearly is not easy. It’s never been easy. But with unwavering conviction, commitment, and patience, progress does come.” Source

“It should not be lost on all of us the global implications of the Inflation Reduction Act. Ahead of COP27, the United States can now send a meaningful signal to the world on its intentions to demonstrate the policies to which other countries can align and upon which they can build. Climate destabilization will require global action from the private sector as well, so the IRA portends more robust and substantial global agreements. We can finally begin to see this with the Inflation Reduction Act.”

The prospect of ambitious, government-supported climate action brought key investors to Washington, DC. Private capital allocated to climate funds and climate-critical assets has increased significantly year over year, signaling the role that the private sector can play with the implementation of the IRA and the engagement of locally elected officials and tribal leaders. The conference supported productive dialogue amongst elected officials, DoE leadership, investors and operators alike.

Elected Officials to Protect America is a network of current and former elected officials who care deeply about protecting the planet and people. EOPA is committed to solving the climate crisis, ensuring environmental justice, and protecting our lands and waters. EOPA educates through value-based storytelling, training lawmakers, and connecting elected officials to inspire strong environmental leadership.

The Department of Energy (DoE) oversees energy-related research, domestic energy production and energy conservation. It is headed by the Secretary of Energy, who reports directly to President Biden and a member of his Cabinet. The current Secretary of Energy is Jennifer Granholm, who has served in the position since February 2021. The DoE is an executive department of the U.S. federal government that oversees U.S. national energy policy and manages the research and development in the United States