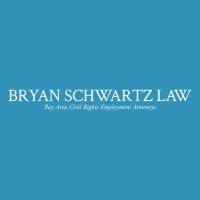 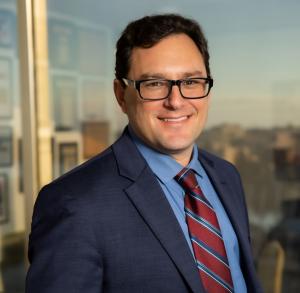 “This is an extraordinary victory. I am confident it will lead to major changes in the way the
State Department hires and supports disabled federal workers…in the foreign service,””

The United States Department of State may be liable to more than 10,000 federal workers who were given downgraded medical clearances, based upon a decision of the U.S. Equal Employment Opportunity Commission (EEOC) today. According to the class action, which was certified by Judge Allyson S. Jozwik of the EEOC, the State Department makes medical clearance decisions which have a host of impacts on disabled federal employees’ careers without considering reasonable accommodations or individualized considerations regarding the employees’ own medical conditions.

The action, filed by prominent class action, civil rights attorney Bryan Schwartz, beginning in 2011, arose from the denial of medical clearance required by Karen Saba, the first named class agent, after she was selected to serve the U.S. Agency for International Development (USAID) in Afghanistan. The State Department denied her medical clearance she needed for the position because she has cerebral palsy, though the agency never tested her abilities, talked to her physicians, or considered any reasonable accommodations for her disability. Saba worked in Iraq and Libya during conflicts, and other posts abroad, and has consistently maintained that she would have been able to work in Afghanistan without difficulty. Nonetheless, the State Department has repeatedly sought to dismiss Saba’s case outright, most recently failing in this effort in February 2022.

Saba settled with USAID separately in 2018, obtaining a post abroad, but without relinquishing any rights to pursue the class action against the State Department on behalf of those, like her, denied post-specific medical clearances. However, the judge assigned to the case at the time dismissed the entire case. After that judge passed away, the next judge assigned to the case reinstated the case and allowed Schwartz to pursue discovery toward seeking class certification. Schwartz moved for class certification in June 2021 on behalf of Saba and two additional named class agents, and today, won.

“This is an extraordinary victory, and I am confident it will lead to major changes in the way the State Department hires and supports disabled federal workers, especially in the foreign service,” said Schwartz. “That my courageous client, Karen Saba, and I have persevered over a decade, and even after the case was seemingly dismissed, makes this important step forward even sweeter!” he added.

“I am thrilled that we have a chance to change the way the State Department treats people with disabilities, so that others will not have to be denied medical clearance based upon stereotypes and discrimination, like I was,” said Saba. “We cannot promote democracy and inclusion around the world without engaging people with disabilities in the process. I am healthy and do not need a bureaucratic doctor who never saw me to underestimate my abilities,” she stated.

The decision certifying the class complaint emerges from the United States of America Equal Employment Opportunity Commission in the Philadelphia District Office. The Administrative Judge is Allyson S. Jozwik. The case number is EEOC No. 530‐2012‐00389X (formerly 570‐2012‐00754X) and Agency Complaint No. DOS‐F‐120‐11.

Bryan Schwartz Law (www.bryanschwartzlaw.com) is dedicated to continuing the struggle for civil rights and equality of employment opportunity and helping Americans from every background to achieve their highest career potential. The firm has recovered tens of millions of dollars in individual, class, and collective actions involving discrimination and retaliation, harassment, denied disability accommodations, whistleblower reprisal, wage and hour violations, Federal employees’ rights, and severance negotiations.