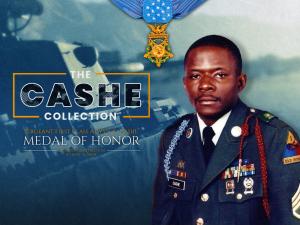 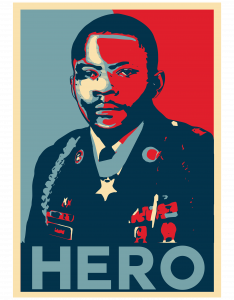 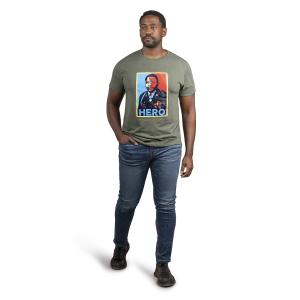 It doesn’t have to be to the armed services, just a path to service…I truly believe he (SFC Cashe) followed his dream when he joined the military. We just want to help people follow their dreams.”

SAN ANTONIO, TX, USA, November 8, 2022 /EINPresswire.com/ — San Antonio, TX: Triple Nikel, a veteran minority-owned apparel company, has partnered with the Cashe family to create a clothing collection that will help raise money to create the Alwyn Cashe Foundation in the near future. The non-profit foundation’s goal is to mentor youth looking to enter civil service, but may have difficulties doing so. Initially, the collection will feature graphic art created by Triple Nikel and featured for a limited time in select Kohl’s stores nationwide, and Kohls.com; just in time for Veterans Day.

The Cashe Collection is an opportunity to amplify the legacy and heroism of Sergeant First Class (SFC) Alwyn Cashe. SFC Cashes’ actions on October 17, 2005 during a security patrol near Samarra, Iraq earned him the Medal of Honor on December 16, 2021. His mounted patrol was ambushed and the vehicle he was in was targeted by an Improvised Explosive Device (IED). SFC Cashe pulled six soldiers and an interpreter to safety from the burning vehicle – all the while sustaining life threatening injuries himself. Cashe succumbed to his injuries on November 8, 2005.

“It doesn’t have to be to the armed services, just a path to service…I truly believe he (SFC Cashe) followed his dream when he joined the military. We just want to help people follow their dreams.” – Kasinal White, SFC Cashes’ sister, when asked about the vision for the Alwyn Cashe Foundation.

Triple Nikel is asking for your support by purchasing a CASHE Collection shirt and sharing his story with others through social media. In an age where it seems like there is little good news to be found, we need heroes.

Click the link to learn more about Triple Nikel at https://www.TripleNikel.com.

About Triple Nikel: Triple Nikel is a veteran, minority-owned lifestyle apparel company based in San Antonio, TX. Founded in 2020 by four United States Army veterans. Triple Nikel aims to inspire future generations to amplify the message of DIVERSITY and UNITY.

Article originally published on www.einpresswire.com as Alwyn Cashe, America’s first black Medal of Honor Recipient since Vietnam to receive his own clothing collection