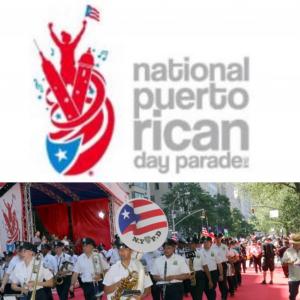 
For 65 years, the Parade has served as a platform to unite our community and showcase the best of Puerto Rican culture & achievement to NY and the world.”

NEW YORK, NY, UNITED STATES , May 27, 2022 /EINPresswire.com/ — The National Puerto Rican Day Parade Board of Directors announced honorees and special tributes for its 65th celebration on New York City’s Fifth Avenue – Sunday, June 12th. Leading the procession as Grand Marshal will be U.S. Secretary of Education Miguel Cardona. The Parade honors Secretary Cardona for his commitment to ensuring equitable and meaningful educational opportunities for all students of color calling for increased cultural awareness and competency in schools through the country. Under his leadership, the U.S. Department of Education approved use of nearly $4 billion as part of the American Rescue Plan fund to rebuild the school system impacted by natural disasters and the COVID-19 pandemic.

“For 65 years, the Parade has served as a platform to unite our community and showcase the best of Puerto Rican culture & achievement to NY and the world,” said N.P.R.D.P. Board Chair, Louis Maldonado. “The themes, tributes and causes highlighted during each celebration recognize the community’s resiliency while galvanizing the 8 million Puerto Ricans on the island and across the U.S. to address issues of importance to our community.”

Joining in the procession is multiple award-winning urban music singer/songwriter Nicky Jam, honored as the 2022 King. His philanthropic and humanitarian efforts have raised money to help at-risk, vulnerable children succeed and offers aid and relief to victims of natural disasters in Puerto Rico and Latin America. He will be on La X96FM EL RITMO DE NY’S float.

GRAMMY-nominated recording artist/entrepreneur/philanthropist Fat Joe will be honored as Padrino (Godfather). The Bronx native bridged the intersection of hip-hop and Latin music. He amassed several multiplatinum studio albums, mixtapes, singles and collaborations including Lean Back and All the Way Up. In January 2022, he teamed up with the NYC Mayor’s Fund to Advance NYC to create the Bronx Relief Fund raising over $1M for families impacted by the Bronx apartment fire at Twin Parks North-West.

Joining with the title of Madrina (Godmother) will be radio personality / 2020 Radio Hall of Fame Inductee, Angie Martinez – “The Voice of NY” and reigning queen of radio. With nearly 20 years of on-air experience, the Power 105.1 host is also an author, actress, TV host, recording artist, brand spokesperson & activist for youth and health awareness.

Cause Initiative to Combat Climate Action -The 2022 Parade will underscore the need for climate action by raising awareness of the United Nations’ 2030 Agenda for Sustainable Development, calling attention to the impact of climate change in Puerto Rico & diaspora communities across the country.

Special Tributes: El Yunque & the Puerto Rican Parrot- Paying special tribute to the cultural significance of each and encourage efforts aiming to protect and preserve them.