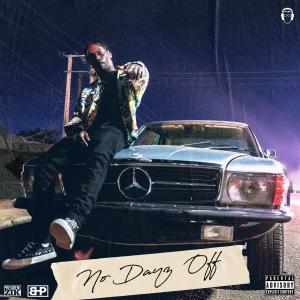 This consortium of music uses catchy upbeat tunes to empower the audience and underline the importance of authenticity in the unoriginal era of the internet.

ABUJA, FCT, NIGERIA, July 26, 2022 /EINPresswire.com/ — President Zik and BHP are a new up-and-coming band that believes in the sincere motivating power of music. The new artists produce narratives in music that are severely lacking in the music industry by socially grounding their songs. It is clear that this newer outlook on the industry is exponentially important to encourage diversity of perspectives in music and beyond.

On closer inspection, this collection of music by President Zik is a consortium of tunes that tries to inspire introspection and critical thinking within all individuals. An enduring common theme remains the narratives around independence and ownership of work which encourage new artists to pause their self-doubt in favor of their passion. It is for this reason that discovery of such music makes the listener feel euphoric. The eclectic artist is known for creating scintillating tunes that boast individualism as well as teamwork all in one- which inspire us all.

The band’s newest album was released on the 30th of April 2022 through BHP Entertainment. The guest features on the album include Hotyce, EESkay, Abyssinia, Zilla Oaks, Fem-IGH, and Suranu. The music in itself is very energetic, triumphant, and defiant. It is also very introspective and motivating as it covers the themes of hard work, authenticity, community, teamwork, and success. Motivation for this collection of music comes from the musician’s zeal to make it as well as externally from artists/entrepreneurs such as Jay Z, 50 Cent, Nas, Dr. Dre and contemporaries such as Drake, Kendrick Lamar, and J. Cole.

The goals and plans for President Zik and BHP are clear; they include worldwide recognition for their art, creating multiple avenues for music and visual production, global expansion of the business to other countries, establishing our festival as a global phenomenon, and creating a lasting legacy that will serve as a platform and springboard for generations to come. It is no surprise that we alongside this music are allured into the beauty of their talent.

Stream the inspiring artist’s music on YouTube as well as Spotify on the following link here https://open.spotify.com/artist/1o4ofqpYKKBaLWC5flKmOa?si=g_FNKQaYQ9eosDnGcwMXGg. Follow the artist’s official social media page on Instagram for updates on newer music. For interviews, reviews, and/or collaborations reach out through this email [email protected]

Zachary Kwaga also known as President Zik (born March 25) is a Canadian-born Nigerian rapper, singer, songwriter, and businessman. President Zik initially gained recognition from releasing demos and songs with his friends which captured some attention in his hometown of Zaria. The artist is specifically known for creating music that liberates the mind and soul.

Intent on doing more he and his friends formed the collective Bigheadphones (BHP) in 2012 during their university years and went on to release five studio projects to critical albeit underground acclaim (THM Vol 1, Real N****s Only, Dreamatorium, Vibez Kartel, and BHP). Their style of music ranges from subtle throwbacks to the golden age of hip-hop, to current subgenres like trap music and drill, all the way to R&B/Soul leanings as well as afro-fusion soundscapes.

In 2016, President Zik and BHP began their own music festival called ‘Urban Lifestyle Fest’ more fondly known as ULF catering mainly to a hip-hop crowd but still giving room to other prevailing genres around. The fest has held every year since its inception; having growing importance in the music and culture of this region.

Independently, Zik has released 3 solo projects (Class of 92, Off Balance, and No Dayz Off) in 2016, 2018, and 2022 respectively. In 2016, BHP started its music and lifestyle festival called “Urban Lifestyle Fest” and has run 5 editions to date. The artist is currently gearing up to release his full debut album under Big Head Phones Entertainment in 2022. Tune into this amazing composition of music to truly feel alive!