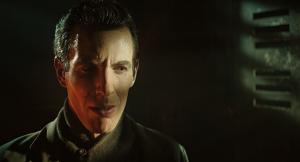 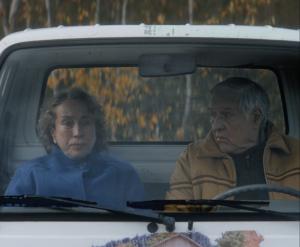 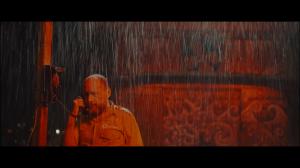 Socially critical, politically sharp, but above all human

NEW YORK CITY, NEW YORK, UNITED STATES, June 5, 2022 /EINPresswire.com/ — The NYC Independent Film Festival shows some fascinating new short films this year. Socially critical, politically sharp, but above all human and understandingly looking at human shortcomings, fears and frustrations. Maybe a little naive on the side too, but hey, can’t we hope for a better world from time to time?

A former boxer battles the effects of brain trauma, while finding a sense of peace in the healing power of music. Every day sounds trigger him, vibrations come out of nowhere and memories fade. The filmmaker came up with the idea for this film during an evening stroll through his neighborhood in Los Angeles. Seeing people living in their cars, next to families feasting at the dinner table and hearing coyotes howl over sirens in the distance or a pianist practicing with her windows open. Combining these ideas, he says he hopes to convey a simple story about a scavenger trying to survive in the world as well as in his mind. An original and poetic story.

The Cuban film TUNDRA feels like a fantasy story. It’s actually a very socially critical film. It delves into the ghostly aspect of a Cuban’s life, usually driven by inertia and automatism, a life full of mental obstacles, where frustrated desires become entrenched and do not allow us to move forward. The main character in the film lives with a monster that grows bigger and bigger, mimicking the increase in his frustration. He doesn’t know how to get rid of this creature and finally accepts it. It is as if the film director wants to say: that is the reflexive response of the Cubans to their problems: resignation. A very original and creative film, with good acting, in an almost Lynch-like experience.

EL TRISTE is a drama set backstage of a puppet show. This short film follows “El Triste”, an old used ragdoll-esque puppet, and his journey of self-acceptance and discovery. The film speaks of a universal fear: not being good enough. It is also critical of the entertainment business with all its heart and passion, as well as its sexism, materialism and racism. A great work, a story full of emotions.

In BETTER HALF, after 40 years of codependent marriage, a husband makes a life-changing decision to ensure he never has to endure another waking moment with his wife. Film directors Pete Johnson and Adam Jones from Brooklyn say: “The moment we read this bizarre but true story, we knew it had to be told on screen, with a comedic twist.” It’s a very good short film, with good cinematography, great acting and lots of humor.

Strangely struck by the discovery of a dead raccoon in their yard, an elderly couple decide to return to Joutel, a now-abandoned town where they once spent the best years of their lives, to bury the animal. The short film JOUTEL is only the third short film by Canadian film director and former actress Alexa-Jeanne Dubé. As an actress, she appeared in several movies and TV shows, when she debuted in 2018 with the short film Scopique, which won several awards. During the 2020 pandemic, she made her most recent short film JOUTEL.

ORBITAL CHRISTMAS is a sweet feel good movie. A small science fiction fantasy about a young girl who lives in a city on the moon and hides on a cargo ship to fly to Earth and find her father who works there. It turns out she took the wrong freighter and ended up on a space station, where space pilot Ali is working alone, with all his crew away for the Christmas holidays. With this film, the filmmaker hopes to promote a peaceful gathering of people of all religions and origins. And also that humanity uses all its technological knowledge to allow life on Earth and beyond to run peacefully and in balance with nature.

In HUMAN TRASH, a boy is thrown into a dumpster from the future. In his frantic search for the exit, he encounters a mysterious man who will make him doubt the origin of his own existence. An interesting short film, vintage in memory of the art direction of big titles like ‘Blade Runner’.

And finally, WALK ALONE, in which a young Tibetan trader, Tenzin, is on his way alone to deliver goods when he encounters a stranger who asks for his help. Still, the stranger’s unusual mannerisms leave Tenzin questioning his real identity. The film references an ancient Tibetan tradition of telling ghost stories to small children to warn them of the dangers in the outside world. The filmmaker wanted to rewrite this old fear when he saw that during the covid pandemic, people had more time to be alone with themselves, alone with their past. Finally people realize that everything is a gift. “There is no new start. Life goes on.”

If you want to see one of these amazing short films, buy your ticket(s) at the NYC Independent Film Festival website or come to the box office at the Producer’s Club on West 44 St.