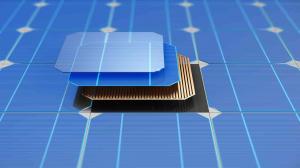 A solar cell is made of semiconductor materials that convert sunlight into electricity. But how does it work and what role does boron play in solar cells?

NEW YORK, USA, June 19, 2022 /EINPresswire.com/ — Photovoltaic Technology
Photovoltaics derives its name from the photovoltaic effect, which converts light (photons) to electricity (voltage). In 1954, Bell Laboratories scientists first utilized this effect and built a working silicon solar cell that produced an electric current when sunlight strikes. Solar cells were then used to power space satellites and small appliances like calculators and watches. Solar electricity is highly cost-competitive in many regions, and photovoltaics are being deployed on massive scales to supply the electricity system.

The performance of a Photovoltaic cell is simply the amount of electrical power produced by the cell to the energy produced by the light shining on it, indicating the cell’s effectiveness in converting energy from one form to another. The amount of power generated from these photovoltaic cells is influenced by the characteristics of the available light (intensity and wavelengths) and the cell’s multiple performance attributes.

Crystalline silicon cells are built from silicon atoms linked together to form a crystal lattice. This lattice creates an organized structure that improves the efficiency of light-to-electricity conversion.

Silicon solar cells currently offer high efficiency, low cost, and long lifetime. Devices are expected to last for 25 years or more while producing over 80% of their original power.

Thin-film solar cells are produced from a very thin layer of semiconductor material, such as cadmium telluride or copper indium gallium diselenide. The thickness of such cell layers is only a few micrometers or several millionths of a meter.

These cells are flexible and lightweight, hence ideal for portable applications, as issued in a soldier’s backpack or in other products that generate electricity from the sun, such as windows. Additionally, some types of thin-film solar cells benefit from advanced manufacturing activities that require low energy and are easier to expand.

Organic solar cells are made of carbon-rich (organic) compounds to improve a specific PV cell function, such as bandgap, transparency, or color. OPV cells are only about half as proficient as silicon solar cells and have shorter processing lifetimes, but they are cheaper to produce in large quantities. They can also be applied to flexible plastics or other supporting materials, allowing OPV to be used for many applications.

Concentrated photovoltaics (CPV) is a solar technology that uses lenses or mirrors to direct large amounts of sunlight onto small, highly efficient solar cells. Hence, they require less PV material to capture the same amount of sunlight. However, CPV systems are more expensive to produce and install, and they require special tracking devices to track the sun’s movement during the day. As a result, the CPV industry has found it difficult to demonstrate a cost advantage over conventional solar panels.

P-type silicon is created by atoms that have one less electron in their higher energy level than silicon, such as boron or gallium. As boron has one less electron required to form the bonds with the surrounding silicon atoms, a hole is formed. In comparison, n-type silicon is created by combining atoms with one extra electron at a higher energy level than silicon, such as phosphorus.

Boron is used in solar cells as an antireflection coating. Antireflection coatings reduce losses from incident sunlight that does not pass through or mix during the manufacturing process. This allows for better electrical conductivity and increased efficiency.

In recent years, boron’s potential for use in energy storage has also been explored. Solar energy is a renewable resource that can be used to generate electricity. However, the current methods for transferring solar energy from areas of high productivity to industrialized areas result in significant energy losses. Boron could potentially be used to reduce or eliminate these losses.

Boron is a light element with a high affinity for electrons. This makes it ideal for use in electrical storage devices such as batteries. When used in this way, boron can improve the efficiency of solar energy systems by reducing or eliminating the need for power lines and other infrastructure which results in energy losses. Additionally, boron is non-toxic and abundant in the Earth’s crust, making it a safe and sustainable option for energy storage.

Article originally published on www.einpresswire.com as Solar Cell – The Science Behind Solar Energy