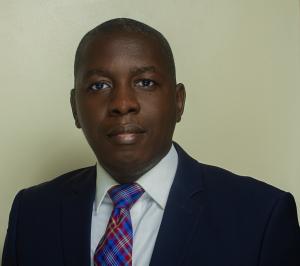 Oladipo Falade, International geoscience expert, is reaching a major milestone in his career. He will be celebrating 20 years at Shell.

Lagos, Nigeria ¬– May 13, 2022 – Oladipo Falade, international geoscience expert, is reaching a major milestone in his career. He will be celebrating 20 years leading Geoscience Engineering efforts for Royal Dutch Shell – the fourth-largest supermajor international oil company in the world.

Throughout his two decades at Shell, Mr. Falade has served in a wide variety of technical and leadership positions across Africa and the Middle East. With a track record of consistent high performance and a string of excellence awards while serving in those diverse roles, Mr. Falade’s many achievements and recognitions are proof of his technical expertise and business acumen in his field of development geology, integrated reservoir modelling and field development planning.

Mr. Falade currently serves as Shell’s Deepwater Project Lead for Nigeria – the largest-producing country on the continent and an influential member of OPEC. Shell’s operations in Nigeria’s deep-water oilfields remain a key strategic growth area for the entire Shell Group. Shell pioneered deep-water oil and gas production in Africa’s Gulf of Guinea, where depths reach more than 1,000 meters, largely due to the success of the first deepwater development in the massive Bonga field. Since production began in 2005, the Bonga Main field alone has produced more than 900 million barrels of oil.

Based in the capital city of Lagos, Mr. Falade is in charge of delivering multiple flagship projects in these deep-water fields, collectively worth more than $10 billion. Developing and implementing field development plans across multiple deep-water growth projects, he successfully coordinates resources to achieve targets, often within stringent constraints and while dealing with the additional hurdles and complexity that come with the development and restimulation of maturing hydrocarbon fields.

Mr. Falade’s efforts have been extraordinarily successful, resulting in multi-million dollar cost savings and revenues for Royal Dutch Shell. For example, as Principal Production Geologist and Subsurface Study Lead, in 2018, Shell realized $44 million in cost savings when he improved subsurface reservoir definition, allowing him to place wells in optimal zones for production. In another field development in 2020, Falade delivered $70 million in cost savings through expert subsurface concept review and production optimization planning.

He is an accredited Technical Authority and Subject Matter Expert for the Production Geoscience Discipline in the Shell Group, providing discipline leadership and technical assurance, in addition to oversight responsibility of 20 production geoscientists.

The holder of a master’s degree in Petroleum Geoscience from Imperial College, London, as well as numerous certifications in business, leadership development and project management including the Wharton Online Business Foundation Specialization, Mr. Falade joined the company in 2001. After a year of intensive training co-sponsored by Aberdeen’s prestigious Robert Gordon University, he began his career proper as an Associate Geologist in 2002. Mr. Falade has since built an exemplary career as an outstanding geologist and engineering manager in the international oil and gas industry.