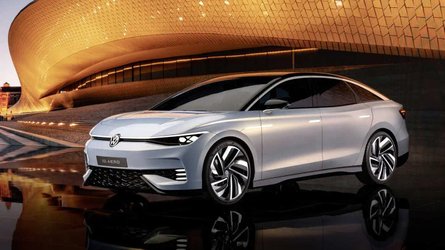 According to a recent report by Automotive News, the end is near for the Volkswagen Arteon. Revealed in 2017 as a replacement for the CC, the Arteon hasn’t done too well in the US with just over 7,000 sold to date. That said, VW is committed to keeping a flagship sedan in its lineup and intends on launching a fully electric Arteon successor in 2024.

Volkswagen will also release the ID. Aero in the US at some point (likely mid-late 2024), as per the following statement on its website:

As the new flagship model of the ID. family, the ID. AERO will therefore be offered globally in future – also in Europe and North America in addition to China.

The ID. Aero will therefore become the third ID vehicle sold in America, after the ID.4 and ID. Buzz. All non-China ID. Aero models will allegedly be manufactured in Europe, meaning US buyers won’t be able to avail of any tax credit.

Given the ID. Aero will be a flagship model, expect a starting price of at least $50,000. That said, it should offer considerably more range and space than the Tesla Model 3 (which has now become a $50k car). However, matching Tesla’s levels of tech could prove a serious challenge for VW – especially considering the numerous software issues the ID.3 and ID.4 have been plagued with.

This news story originally appeared at Aviation News - on18 September 2022