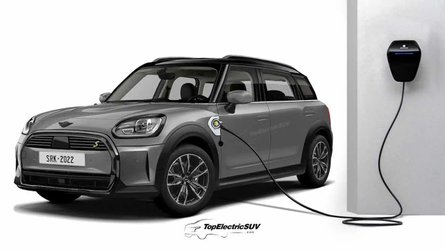 The Mini Countryman, like the rest of the Mini range, is going electric. A fully electric version of Mini’s crossover is confirmed for next year. It will be based on the same underpinnings as the revised BMW X1, which will also be available in all-electric guise as the iX1.

The Countryman EV illustrated above has been rendered by Top Electric SUV and is based off an extensive number of spy shots. Since it will share a platform with the X1, the next-gen Countryman will be significantly bigger than the existing version. As well as an all-electric variant, PHEV and traditionally powered models will also be sold.

Although no official stats have been released, a range of around 250 miles is probable. The current iteration of the Countryman starts at $29,100 in the US. However, the next-gen model in fully electric guise will likely be closer to $40,000.

Mini will release its last ICE vehicle in 2025 and will be a completely electric brand by the early 2030s. BMW’s Chairman of the Board of Management, Oliver Zipse, had the following to say at his firm’s annual conference back in March.

“Mini will be the first BMW Group brand to go fully electric. Mini is perfect for the city – and for e-mobility. We will be releasing the last model with a combustion-engine variant in 2025. By the early 2030s, Mini will be exclusively fully electric.”