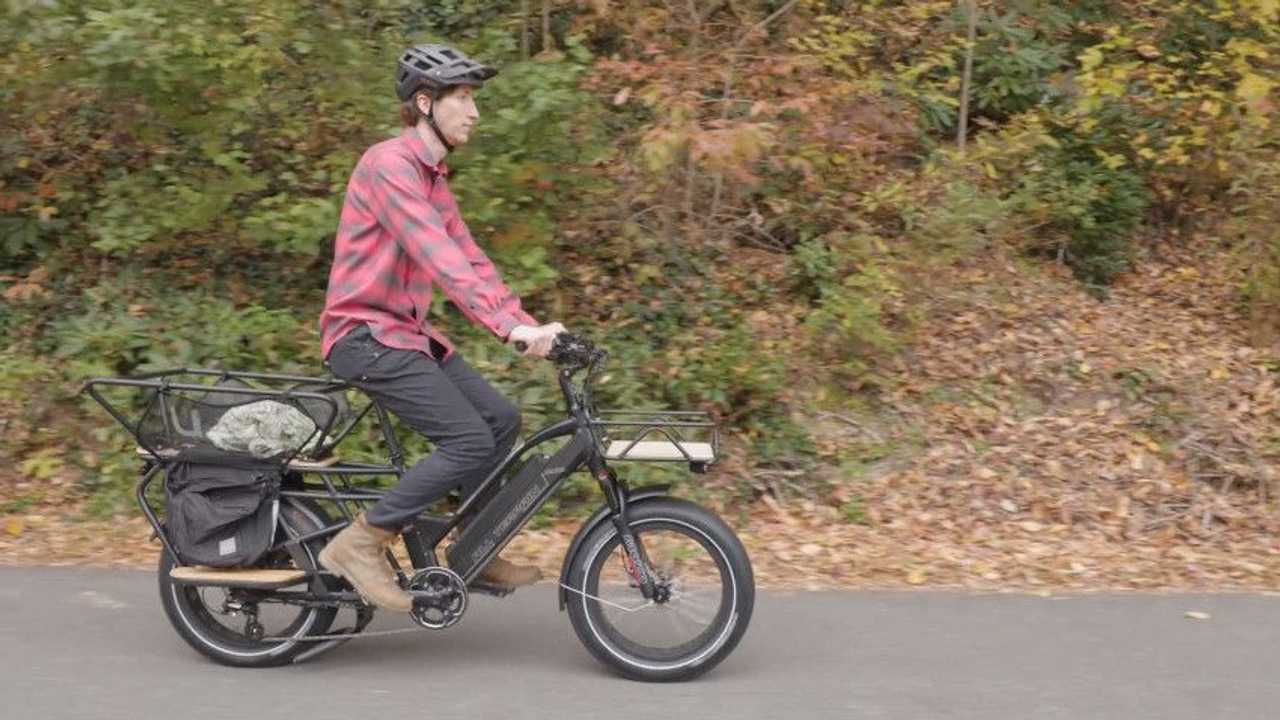 The North Carolina-based M2S Bikes company offers some high-quality bikes. Mountains to Sea, the actual meaning of the M2S moniker, is exactly what the company seeks to offer when it comes to the capability of its two-wheelers. Of course, don’t expect these bikes to be able to run on water.

With some rather remarkable specifications, the new All-Terrain cargo e-bike that was just introduced on Indiegogo hopea to live up exactly to the ethos of M2S. This two-wheeler is made to haul and traverse the toughest terrains, as is evident at first glance. It has an 8-speed Shimano Acera derailleur, Tektro hydraulic disc brakes, and a 6061 aluminum frame.

You might guess that the cargo e-bike is rather heavy, tipping the scales at close to 30 kilograms, since the manufacturer concentrated on making it as robust and dependable as possible. Its heavy weight, however, is made up for by its versatility, which is accentuated by its large front and rear racks. While they add a significant amount of weight to the overall package, they let you transport additional luggage, gear, and even passengers in the form of little children or well-trained pets.

Because of its extra-large Kenda 20 x 4-inch tires, which increase stability and traction, the M2S cargo e-bike can handle any terrain, from the beach to the mountains. This is why it is named the All-Terrain. The e-bike’s punchy 750W Bafang geared hub motor, which enables it to easily climb steep hills and achieve speeds of more than 25 miles per hour, certainly goes a long way in ensuring the bike can cover ground confidently and efficiently.

The utility e-bike from M2S comes with three different battery options, ranging from the smaller 16Ah pack to bigger ones up to 25 Ah. The largest battery is said to provide up to three hours of riding time and up to 75 miles of range on a single charge, while the basic battery has a range of up to 30 miles per charge.

In order to increase production, M2S Bikes is currently working to finish the first 300 of its All-Terrain cargo e-bikes. Introductory pricing for the All-Terrain cargo bike is set at $1,800 USD via Indiegogo, and it’s expected to begin shipping by August, 2022.

This news story originally appeared at Aviation News - on24 June 2022