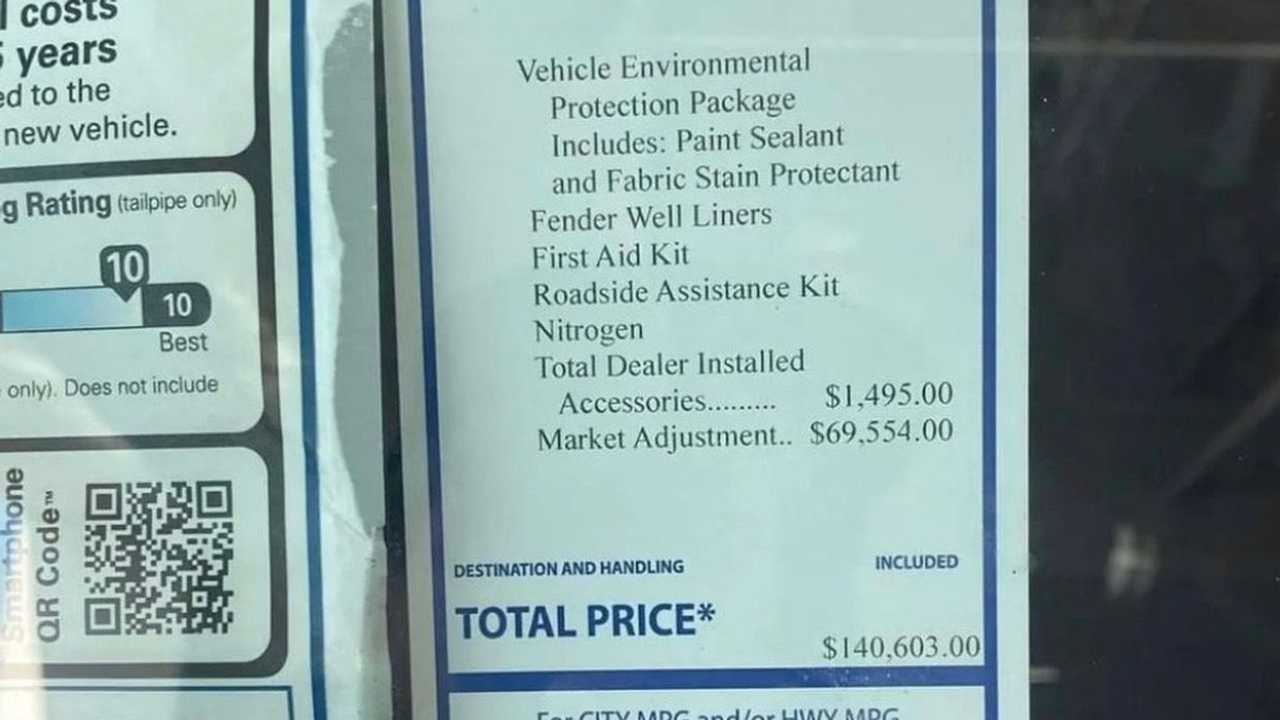 A Florida Ford dealer, Gary Smith Ford in Fort Walton Beach, is currently asking $140,600 for a relatively well-equipped F-150 Lightning. The Lightning in question has an MSRP of $71,049. This means Gary Smith Ford is applying a simply ludicrous $69,554 “market adjustment” – almost doubling the price of the truck.

Ford has always been strongly against dealership markups. However, thanks to dealer franchise laws the automaker can do nothing to stop them. Ford did however warn dealerships of a $25,000 fine if they sold demo vehicles too soon. Meanwhile, dealers can also get in trouble if they start offering customers premium placement in the waiting list in exchange for more money.

This isn’t the first case of a dealer applying a $40k+ markup on a Lightning. Last month we reported on a California dealer with numerous Lighting trucks asking over $130,000.

Ford dealers are clearly trying to maximize profits as supply remains constrained. Back in December Ford made the decision to stop taking reservations for the Lightning once 200,000 were placed. Per Kelly Blue Book consumers may have to wait up to three years for a Lightning if they have not ordered one yet. However, wait times should be cut down drastically in the coming months as supply chain issues are eased.

Minus any dealership markups, most journalists agree that the Lightning represents great value for money. Particularly the base model, which can be had for as little as $32,474 after the Federal Tax Credit is applied (again, this is in normal times without any ridiculous “market adjustments”). The entry-level Lightning Pro comes with a lot of equipment as standard, including a 12″ infotainment screen and LED headlights. It also gets a 98 kWh battery and 452 bhp – meaning the cheapest electric F-150 has more power than the $69,525 ICE F-150 Raptor.

This news story originally appeared at Aviation News - on11 June 2022