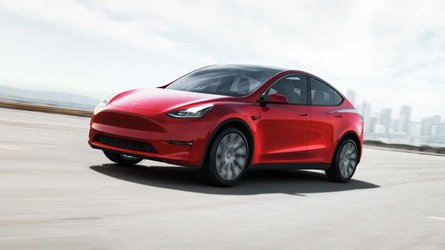 Tesla Model Y deliveries in Australia only started on June 10 and already the EV maker is being overwhelmed by demand.

Tesla seems to have underestimated the market’s reaction to the launch, as the automaker has had to adjust estimated delivery dates for the Model Y well into next year.

This is clearly far from an ideal situation for Aussie buyers who have been waiting more than two years for the Model Y to arrive in the country and now have to face long delivery timelines.

Media outlets and Tesla Model Y reservation holders from Australia took to Twitter to signal this unusual situation and they managed to get Elon Musk’s attention. In a reply to a tweet from @techAU, Tesla’s CEO said the company is working on accelerating RHD Model Y production and admitted it didn’t expect demand to be so high.

This is rather surprising coming from Elon Musk, who stated in the past that the Model Y could become the world’s best-selling car. During the Q1 2021 earnings call, he estimated that the electric crossover will likely reach this milestone in 2022 or 2023. Normally, this would suggest that the automaker would be well prepared to handle massive demand from all over the world.

Tesla already has experience selling cars in big RHD markets including the United Kingdom and Japan, but the truth is the Model Y launched almost simultaneously in Australia, Japan, New Zealand, and Singapore; the large number of orders from these markets combined likely put a strain on production.

TechAU notes that all 3 variants of the Tesla Model 3 also feature an estimated delivery timeline in February-May 2023, which means Tesla is sold out for 2022 in Australia—the refreshed Model S and Model X haven’t launched yet in the country.

This news story originally appeared at Aviation News - on14 June 2022