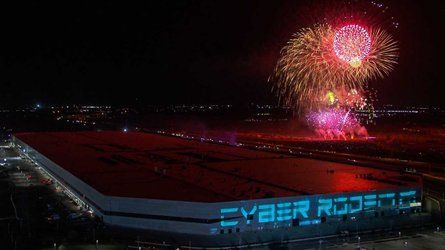 We often admit that we’re not financial experts or advisers, and we don’t pretend to have a solid grasp of the ins and outs of the stock market. However, a recent tweet by Tesla shareholder KoGuan Leo certainly got our attention, as the story was covered by our friends at Teslarati.

Leo – who’s Tesla’s third-largest shareholder behind CEO Elon Musk and Oracle founder Larry Ellison – took to Twitter to suggest that the company buy back its “undervalued” shares. Leo is aware that Tesla has enough free cash flow to make something like this happen, and it appears several other major companies have employed such a strategy in the past.

Again, while we may not fully comprehend some details related to the stock market, it seems clear that Tesla could buy a large number of company shares at current prices, which are down significantly from the automaker’s all-time high. At the time of writing, Tesla is trading at around $670. It wasn’t long ago that the share price was nearing double that figure.

Researching Tesla share prices reveals that the stock is still up 14% over the last year and around 930% over the last five years. However, the argument here is that Tesla recently posted another record-breaking quarter, all while most global automakers are struggling with parts shortages. Moreover, Tesla just opened two brand-new factories, and the company says it’s on track to continue increasing production and deliveries by 50% year-over-year.

As you can see from Leo’s tweet, he also proposes that, in the meantime, Tesla could continue to invest in Full Self-Driving Beta, as well as its interesting Tesla Bot. Leo sees this strategy as one that could deliver a wake-up call to various analysts, who he believes are neglecting to consider Tesla’s monumental strides when providing price targets. However, to be clear, virtually the entire stock market seems to be extremely volatile right now, and many companies’ shares are down even more than Tesla’s.

According to Teslarati, in 2021, Tesla generated $5 billion in free cash flow. Vocal Tesla analyst and shareholder Gary Black has predicted that the company could generate $10 billion this year, and that doesn’t include any profits related to Tesla’s FSD, its energy division, or the Optimus robot. Not surprisingly, Black agrees with Leo’s suggestion.

Obviously, it goes without saying that Tesla could stand to benefit from such a plan in a big way, but only if the stock recovers. With everything happening across the globe today due in part to the aftermath of the COVID-19 pandemic, supply chain concerns, Russia’s invasion of Ukraine, and the entire US political situation, it’s hard to accurately predict what lies ahead.

Are you an investor? If so, what’s your take on Leo’s proposal? Is it a good idea? Not so much? Let us know what you think and why.