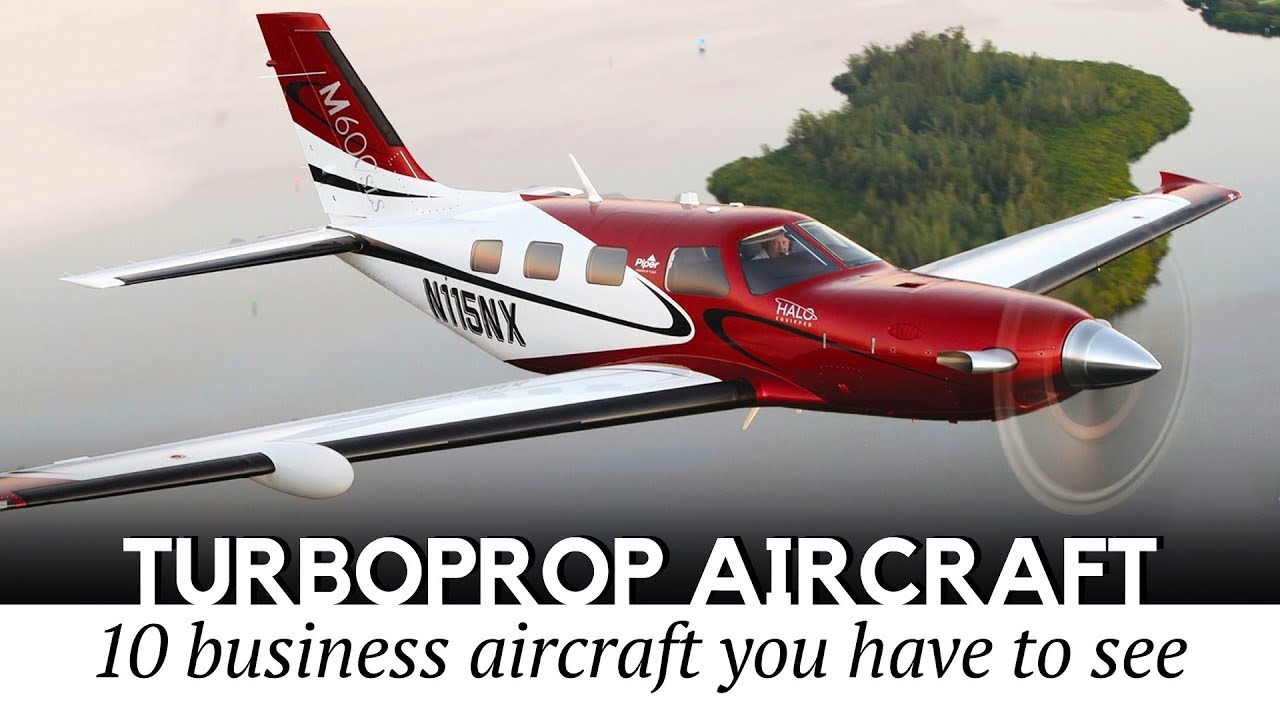 In the world where each minute matters, business jets are pushing out slower turboprop planes which are limited in speed by the annoying laws of physics.

However, these good ol-propeller aircraft truly shine in terms of fuel efficiency and lower operating costs, allowing poorer executives to save up some cash and buy yet another Rolls Royce. In this episode, we will be showing a buying guide for all the dreamers and billionaires, demonstrating the newest and best turboprop engine planes of today.

Private jets with the latest inventions in aviation and passenger luxury:

Information about all models that were shown in this #ATAircraft video:

Previously known under the PA-46 line of aircraft as Malibu, Malibu Mirage or Malibu Meridian, Piper now refers to its upper market offerings as the M-Class. The M600SLS model is the newest addition to the roster that exceeds industry’s expectations of a single-engine pressurized cabin turboprop.

Since 2013, the Epic Aircraft company had been focused on the certification efforts for the production version of the craft E1000, which were completed in November 2019 when the FAA gave it the green light.

Previously known as Socata TMB, this high-performance single-engine turboprop was rebranded under the Daher name in 2015, a year after the company had acquired 100% stake of the Socata. The TBM 940 is the newest and the top-range representative of the series, characterized by economical operations costs and top speeds that comparable to light jets.

Pilatus PC-12NGX is a single engine, turboprop aircraft that is propelled by the new 1200 shp PT6A-67P from Pratt & Whitney Canada. It offers class-leading cabin space, requires minimal runway length of 2,485 feet or 758 meters, and comes equipped with FADEC, the latest Honeywell avionics, and lots of state-of-the-art safety tech.

Initially this aircraft was known under the Textron “Single Engine Turboprop” moniker, but after the formation of a single entity Textron Aviation in 2014 continued to be developed under the Cessna brand as Cessna Denali.

Beechcraft King Air 350i is largest model from the American aircraft manufacturer Beechcraft, that belongs to the world-best-selling King Air family of business turboprops. The aircraft measures 46 feet 8 inches in length, has a wingspan of 57 feet and 11 inches, and can carry 9 passengers and a crew of 2.

Whithin Piper’s lineup the updated version of Malibu Meridian, M500, serves as an alternative to the previously mentioned M600SLS that allows to leave the owner’s net worth intact thanks to the decreased fuel burn of just 35 gallons per hour.

The members of Caravan family are long-time workhorses of the industry that have been produced since 1982. The 2,600+ units released so far, have clocked over 20 million flight hours demonstrating a rare combination of low operating costs, high performance and adaptability.

On sale since 2014, Beechcraft King Air C90GTx is only King Air currently in production, that is based on the original, 1960s 90 series of the model.

First introduced in 2007, the Kodiak 100 is a ten-seat single-engine turboprop aircraft, which is famous for its versatility, low cost of ownership and minimal requirements for takeoff and landing sites.

On sale since 2016, P.180 Avanti EVO is the newest version of the executive P.180 Avanti jet, that was developed, launched and made extremely successful thanks to the company’s cooperation with the Italian billionaire and partial Ferrari-owner, Pierro Ferrari.