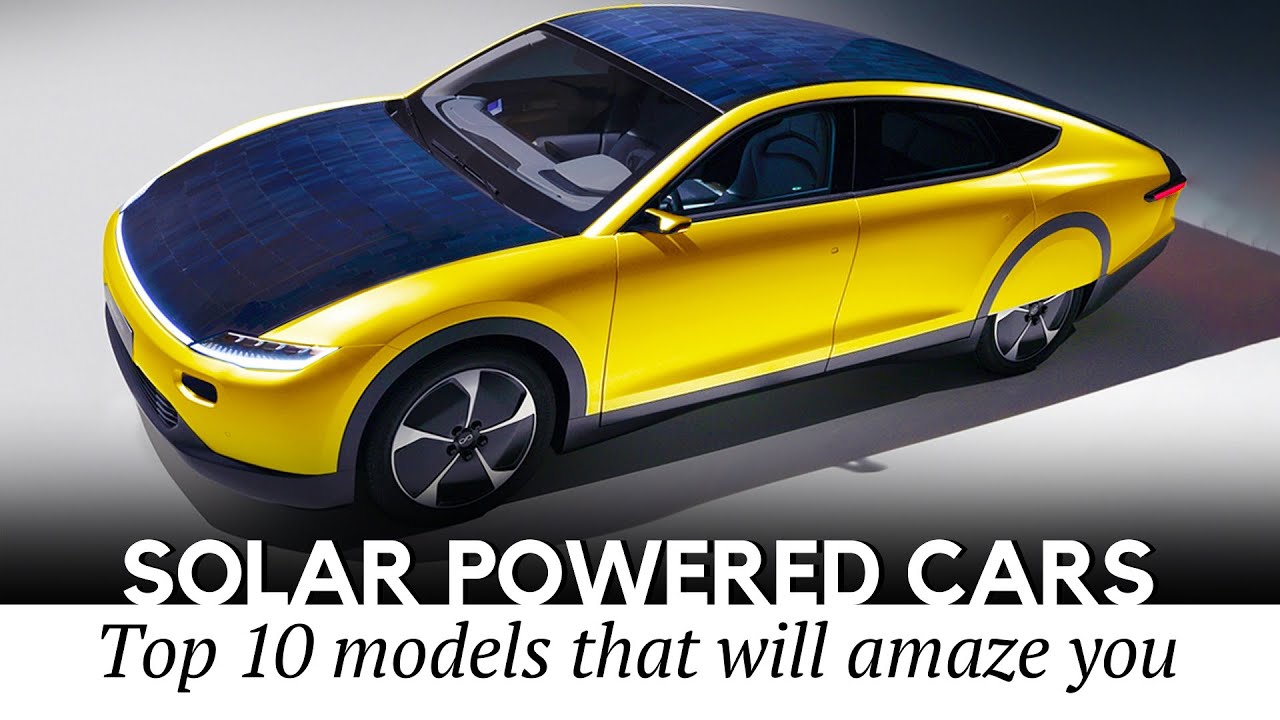 Solar powered cars have long been discarded and ridiculed due to the cells low efficiency, heavy weight and high pricing. The major protagonist of electric vehicles, Elon Musk, even once said that “the least efficient place to put solar is on the car.” But what are we seeing now? The world is welcoming viable production-ready models and Elon has made a U-turn in his conviction by installing panels on his upcoming Cybertruck. After all there seem to be some opportunities for EVs that have no need to ever be plugged in. Today, we will make a quick round up of the already existing solar cars, so time to get excited about the sustainable feature of automaking!

Latest electric cars that were revealed this year:

More info about all models shown in this #ATelectriccars release:

The world’s first affordable electric solar car, Sion from Sono Motors, became more expensive, the startup had to survive through a risky crowdfunding campaign, but now it is back on track with production.

The Dutch start-up Lightyear started developing its solar-charging car a couple of years ago, and now, the brand has finally revealed the final design of the model. The One has a sleek, futuristic look and comes covered in 54 square feet of new generation solar cells.

2022 Fisker Ocean is the most recent project of the notorious designer Henrik Fisker, that is claimed to become the most affordable long-range model in the crossover segment. The car gets the latest infotainment tech, an all-vegan interior and an optional full-length solar roof that was designed to boost its efficiency and range.

Do you remember the modular Centoventi concept from the 2019 Geneva Autoshow? This small and boxy hatchback was advertised as Fiat’s most open-minded automobile, and it was a sort-of plug and play-vehicle allowing customers to choose only those features that they want in their car. In spring 2020, the concept resurfaced again, as Fiat confirmed it for series production.

As it was already mentioned, Elon is fully embracing solar, since it has become an integral part of Tesla after the solar city acquisition. The Cybertruck will be the major promoter of the technology, arriving with an optional tonneau cover made of solar cells.

If we were to describe the Stella Era in a single sentence, then we would tell you that this family car is the Robin Hood of solar energy. The Dutch non-profit Solar Team Eindhoven developed a vehicle that accumulates so much clean energy that it can share it directly with other EVs.

Founded 1996, Sunswift is a solar racing team out of Australia that is known as a pioneer in solar cars development as well as an active participant of the World Solar Challenge. The company’s first EV protype was developed in the late 90s, and since then, the car went through 5 generation changes. The most recent version of the race model was revealed in 2017, under the name Violet.

Based on the same platform as the original ID Buzz minivan, the Cargo modification is the workhorse within the upcoming VW ID family, that was designed for commercial use. The van gets several functional updates, out of which the most important one is the solar roof that can add 9.3 miles per day to the battery charge using the sunlight.

This German-born bus is a frequent visitor of conversion shops due to its ample space behind the front seats and, of course, its timeless design. We’ve seen dozens of the model’s camper conversions before, but a fully solar-powered VW Bus is a rarity. Built from scratch by the Sollarolla start-up, the camper features roof-mounted solar panels that can tilt for a maximum solar exposure.

Toyota is partnering with Sharp and NEDO to develop a new generation of onboard solar battery panel with 34 percent efficiency. This system will be installed on the Toyota Prius Prime first.