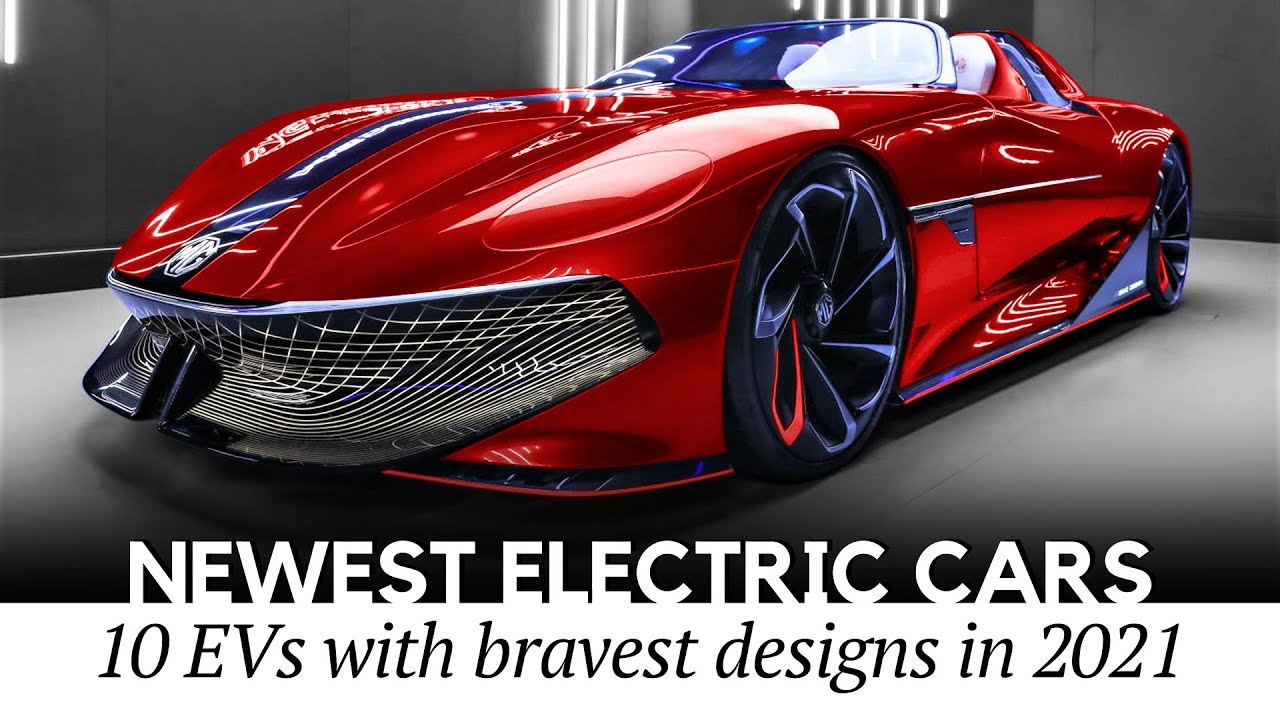 It is hard to predict what the electric automotive future holds for us, but we say can one thing for sure: never again will the car designs be boring. To prove this statement, today we will cover the latest EV news and showcase the most prominent newcomers that not only have revolutionary propulsion systems, but also radical inside-out looks.

If you are a fan of electric cars, these #AutomotiveTerritory releases were hand picked for you:

Electric vehicles that were developed by American manufacturers:

More EV news that you should check out:

More detailed about vehicles that were shown in this #ATelectriccars video:

Despite its late arrival to the party of luxury electric saloons, the new flagship Mercedes EQS is showing how it’s really done. The king abandons its restrained forms in favor of the new liftback aerodynamic body.

The company’s first all-electric pickup was revealed just this March, but the brand already has a new, extended-cab version of the truck ready. Labeled the Alpha Wolf Plus, it seats 4 and grows in size across all dimensions.

Like most automakers, Audi is rapidly pushing out ICE abundance from its upcoming vehicle lineup. Meet the all-electric A6 e-tron concept, that is rumored to be almost identical to the series version debuting in early 2023.

General Motors seem to be dedicated to their electrification offensive, so the company’s first all-electric Cadillac Lyriq crossover is now scheduled to start pre-orders this September, exactly a year after it was revealed as a concept vehicle.

Originally expected to start deliveries in 2020, the electric Drako GTE sedan will now be arriving to buyers in 2021, still limited to just 25 units.

Developed by a race-driver Julien Beltoise in partnership with SparkRacing Tachnology, the 2021 Beltoise BT-01 is the company’s first sustainable GT circuit car. It is powered by an electric drivetrain making 394 horses, 317 lb-ft of torque.

2021 is a fundamental year in the history of Genesis since the company reveals its newest electric vehicles: the production-ready G80 sedan and the concept X grand tourer.

This EV was first presented as a Lync & Co concept, but the actual production unit Zeekr 001 will be coming out under Geely’s all-new dedicated battery-electric brand Zeekr.

The third production model of the rising Chinese automaker Xiopeng Motors aka Xpeng P5 is a family-friendly battery-electric compact sedan that goes big on the autonomous driving tech. Unlike Tesla’s Autopilot that relies solely on cameras, this EV puts to work a broad array of sensors.

Owned by the Chinese SAIC Group, MG is often reprimanded for forgetting about its sports car roots. Today, the brand is trying to rehabilitate itself, and the first step in this direction is the MG Cyberster concept, that harkens back to the MG’s original roadsters.