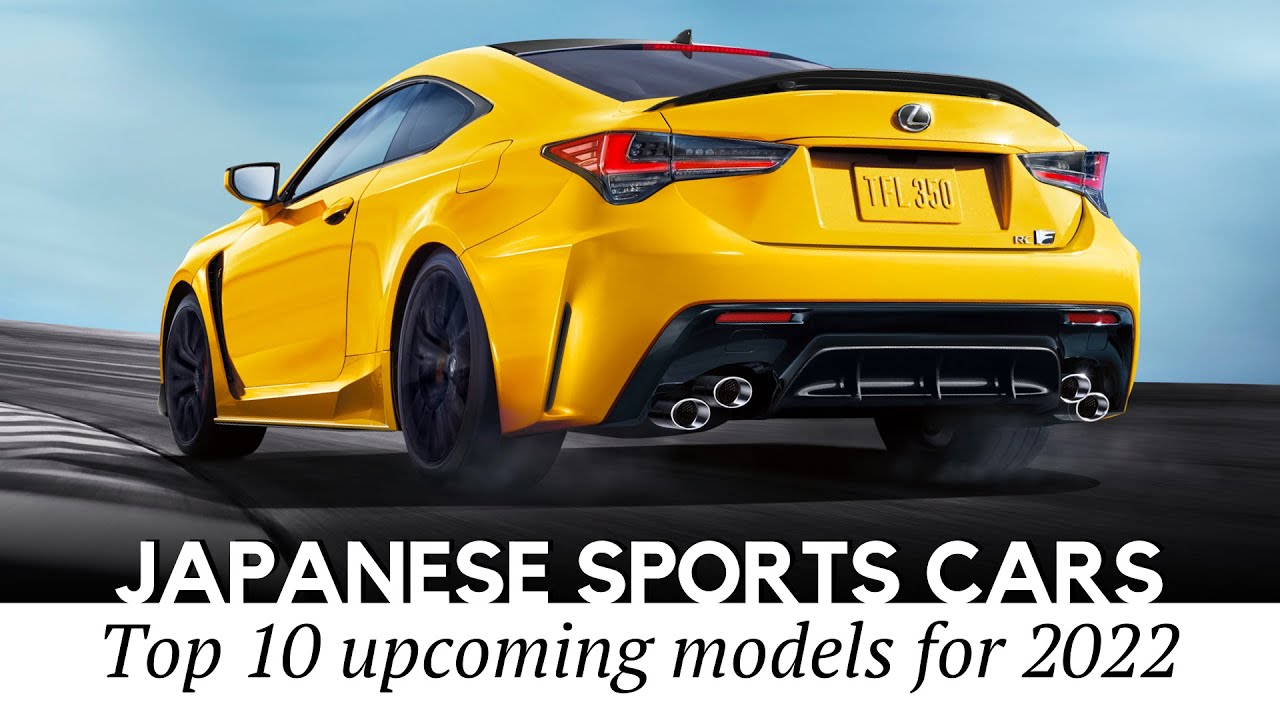 2022 is the year when Japanese sports cars are being reborn. The most iconic monikers are returning with all-new exteriors, modern engines and Katana-Sharp handling. Today we shall cover all of the performance focused newcomers from the Land of the Rising Sun.

So if you value pure driving experience mixed with Japanese reliability, don’t forget to take a look at other #AutomotiveTerritory videos on the topic:

Detailed list of all models shown in this #AT_New_Cars video release:

With the entire production volume of the 6th generation 370Z already sold out, the fans of the legendary Nissan sports car will now have to wait till spring 2022, when the new generation Nissan Z commences production.

The fifth generation of Subaru’s WRX rally-bred icon is easily among the most anticipated Japanese sports cars in the recent years. It follows to a tee the Viziv Performance concept and further distances itself from the tame Impreza sedan.

The most precise, powerful and thrilling NSX will be delivered in a limited production run of 350 units that marks the send-off of Acura’s mid-engine sports car. The 2022 NXS Type S peaks at 600 horses and gets a standard carbon roof, a new GT3-inspired carbon fiber diffuser, and upsized Brembo brakes with red-painted calipers.

The A91-CF becomes the most exclusive Toyota Supra of the latest generation. This Mark 5 is a North American market exclusive with 600 units limited edition and unique CF-carbon fiber body kit.

Revealed in late 2020, Toyota 86 sibling will be the first one to arrive to the market, hitting showrooms this fall. The 2022 Subaru BRZ grows in size slightly, borrows new materials and adhesives from Subaru’s Global Platform, and nears perfect 50/50weight distribution.

Already in production, the 2022 TLX sedan is first model to wear the performance-oriented Type S badge after its more than a decade-long absence from the brand’s lineup. Limited to 2000 units worldwide, the TLX Type S distinguished itself from regular siblings by a 3.0-liter V-6 engine, accompanied by a twin-scroll turbocharger.

The 2nd generation Toyota 86 is being renamed GR 86, denoting Gazoo Racing’s increased involvement into the development of the new model.

All of the fans of naturally aspirated engines should rejoice, since Lexus RC F performance coupe returns for the 2022 model year and is once again offered in the Fuji Speedway Edition.

Despite being a study concept, the Misano was developed in cooperation with Suzuki so it gives us a little preview of what a real sportscar from the brand could be. Designed by 24 students from the Istituto Europeo di Design, the model is inspired by the company’s motorcycles and is named after a popular Italian race track.

The 11th generation Civic has already been confirmed to be available as a sedan, hatchback, Si and Type R hot hatch. The latter is expected to dial down the level crazy in terms of exterior looks.

Acura has already confirmed the return of the Integra moniker with yet unspecified number of doors. Very likely it will arrive as a three to 5 door hatch and even a sedan to replace the slow selling ILX.